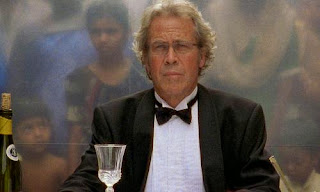 #5: The Five Obstructions
I may be pushing it slightly with this selection, as it's not a documentary about the making of one movie, but a documentary about Lars von Trier tasking filmmaker Jorgen Leth with a series of difficult filmmaking tasks. Each film Leth has to make is, technically, the "same" film (a remake of the film The Perfect Human), but each finished product is distinct from the others. 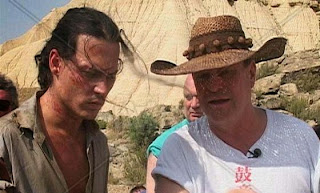 #4: Lost in La Mancha
Is there any filmmaker working today who is more cursed than Terry Gilliam? You won't think so after watching Lost in La Mancha, a documentary about his attempt to make The Man Who Killed Don Quixote. The production was plagued by just about every problem imaginable before the picture finally (but temporarily) had to be abandoned, but you have to admire Gilliam's tenacity: the director attempted to revive the picture in 2008, and in January of this year announced plans to make another attempt later this year. 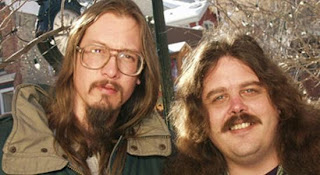 #3: American Movie
Mark Borchardt may not have made it as a director (or, should I say, hasn't made it yet), but there's no denying his passion. Chris Smith's 1999 documentary American Movie follows Borchardt as he struggles through the agonies and ecstasies of making a low budget horror film, struggling through production and budget problems, in addition to the issues created by Borchardt's emerging alcoholism. Borchardt's films may never have seen the light of day, but Smith's documentary about them remains brilliant. 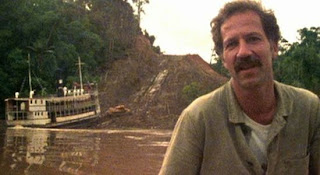 #2: Burden of Dreams
When it came to making Fitzcarraldo director Werner Herzog may have identified a little too closely with his protagonist. How else to explain why, when making a film about a man who undertakes the insane task of moving a steamer from one river to another over land, he decided that the best way to do it was to actually try to drag a steamer over land. Burden of Dreams is a document of a filmmaker slowly going crazy during an arduous production, but somehow finding the means to keep going. It's a brilliant, entertaining film. 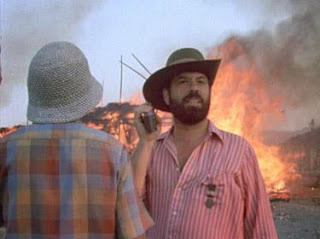 #1: Hearts of Darkness: A Filmmaker's Apocalypse
If Francis Ford Coppola's Apocalypse Now seems like a crazy movie, it's because it was born in chaos. Hearts of Darkness is a behind the scenes chronicle of one of the most troubled film productions in recent history, and it's the perfect complement to Coppola's masterpiece.
Posted by Norma Desmond at 8:00 AM