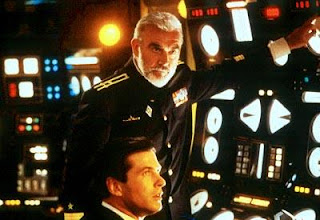 #5: The Hunt for Red October

The best of the Jack Ryan films (starring, arguably, the best Jack Ryan). This Cold War submarine thriller is expertly directed and acted and remains greatly entertaining. Just try to ignore the fact that Sean Connery makes absolutely no attempt to sound like anything other than a Russian guy with a Scottish accent. 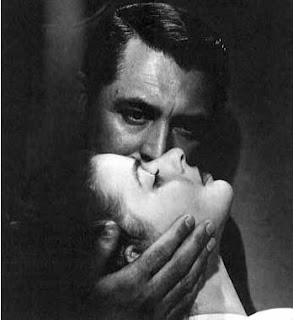 Alfred Hitchcock, Cary Grant, Ingrid Bergman, and Claude Rains. What more do you need to know? The story involves a love triangle and a Nazi cabal, and the production includes one of Hitchcock's most celebrated shots and cinema's longest on-screen kiss. It's a great film generally, but a great spy film specifically. 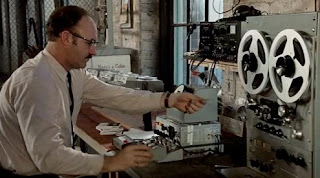 Francis Ford Coppola's character-driven thriller is a chilling, fascinating work about a spy who finds himself tormented by the potential fallout from his work. Made between the first two Godfather films, The Conversation is Coppola at his absolute best, before Apocalypse Now broke his brain and took him from unqualified master storyteller to hit-and-miss filmmaker. 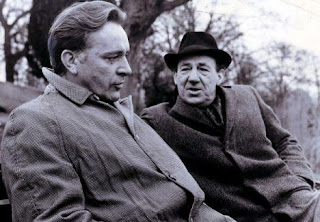 #2: The Spy Who Came in from the Cold

John le Carre's novel The Spy Who Came in from the Cold is often cited as the best spy novel of all time, which meant that Martin Ritt's adaptation had a lot to live up to. Fortunately it does and this dark, cynical film secured an Oscar nod for star Richard Burton, who gives one of his best performances here. 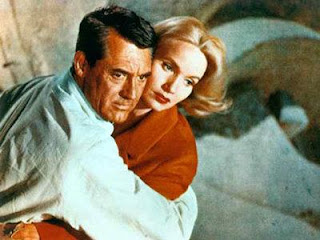 One of the best movies, helmed by one of cinema's greatest directors, and anchored by one of the greatest movie stars of all time. In one of his best roles, Cary Grant stars as a man with a case of mistaken identity who finds himself entangled in plot to gain control of microfilm containing government secrets.
Posted by Norma Desmond at 8:00 AM

Love Hunt for Red October. People think I'm crazy for having it in my top 100 films but I can't get enough of it. It's just one of those movies I can pop in wherever and whenever and enjoy myself from start to finish.

Norma, another batch of great choices. I really look forward to your Friday Top 5. I know four of these films and love them. "North by Northwest" is my favorite movie of all time. The one I haven't seen is "Red October" and after seeing it grouped with these other outstanding movies, I'll be watching it at the first opportunity.