Note: for the purposes of this list I'm only looking at the movies in which she had a starring role, otherwise All About Eve, in which Monroe is fantastic but only features for about five minutes, would take the top slot. 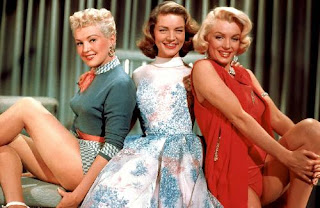 #5: How To Marry a Millionaire

Suspend your disbelief long enough to buy that Marilyn Monroe, Betty Grable, and Lauren Bacall would have any trouble landing a millionaire. Monroe's performance as nearsighted Pola, who refuses to wear glasses, is one of her comedic best. 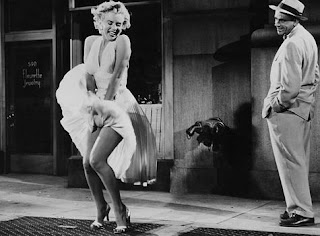 Arguably the most famous image of Marilyn Monroe comes courtesy of this film, an adultery comedy from writer/director Billy Wilder. Though pretty tame by today's standards, the Hays office was all over it during filming in 1954 due to its "indecency." 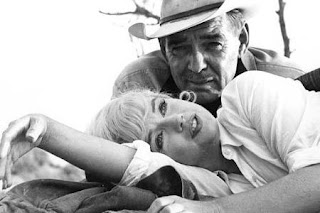 The final film for both Marilyn Monroe and Clark Gable and, all things considered, not a bad note for either to go out on. Both actors - and co-stars Montgomery Clift, Thelma Ritter and Eli Wallach - deliver terrific performances and the film is solidly made and beautifully shot. 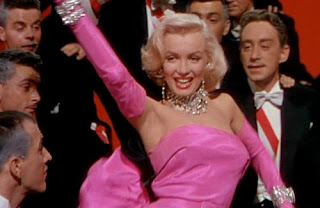 A fun musical comedy from Howard Hawks in which Marilyn Monroe plays against Jane Russell. The combination is great, which has helped the film remain an enduring comedy classic. 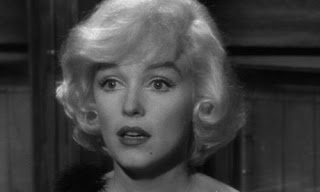 One of the best films ever made, period. Sugar Kane is the character that Marilyn Monroe was born to play.
Posted by Norma Desmond at 8:00 AM

Norma, a great selection. It's good to see "Millionaire," "Itch," and "Gentlemen" get the attention they deserve. My own list would duplicate yours with the exception of replacing "The Misfists" with "Bus Stop" for MM's best serious performance. I also liked her in "The Prince and the Showgirl" when I saw it not long ago. She may have had problems making the movie but seemed relaxed and unself-conscious in the final result.

Good choices. It's been a while since I've seen The Prince and the Showgirl - I'm tempted to watch it before seeing My Week with Marilyn.