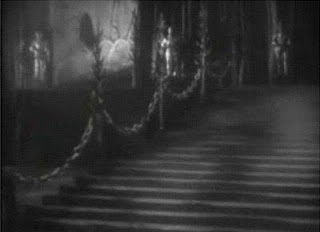 Jean Epstein's silent classic The Fall of the House of Usher (adapted from the short story by Edgar Allan Poe) is all about the dreamy (well, nightmarish) atmosphere. Of course, a story that takes place in a house that has a tomb in the basement only needs a little atmosphere to be entirely creepy. 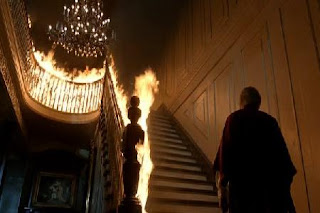 The Victorian Mansion (The Changeling)

The Changeling is a genuinely creepy ghost story in which George C. Scott discovers a conspiracy involves murder and identity switching - and almost gets killed by the strange goings on of his new house in the process. 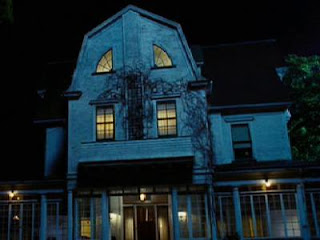 #3: The House (The Amityville Horror)

A house so scary it requires multiple movies. By my calculation there will be yet another movie based on the "true" story of the Amityville house in about... five years. Mark my words. 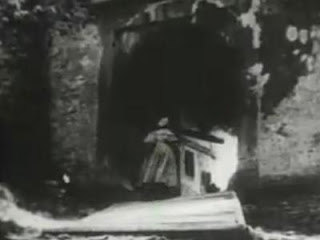 There's a reason the villager's won't go anywhere near the castle in which Count Orlock (aka Dracula) resides. If only Hutter (Jonathan Harker in other versions of the story) had heeded the warnings. 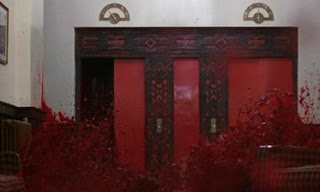 #1: The Overlook Hotel (The Shining)

Okay, technically it's not a house but the Torrance family did live there... for a while.
Posted by Norma Desmond at 8:00 AM

could you do a top 5 of wes anderson films, pretty please?