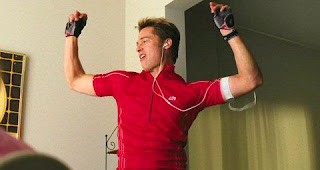 Brad Pitt is, hands down, my favourite thing about Burn After Reading. His portrayal of his dumb as rocks character is brilliant, both in terms of line readings and body language. 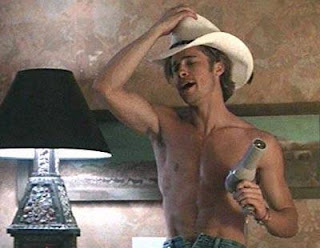 Thelma and Louise is one of the movies that made him a star and it's easy to see why. He's perfect as the smooth operator who charms his way into Thelma's bed and leaves devastation in his wake. 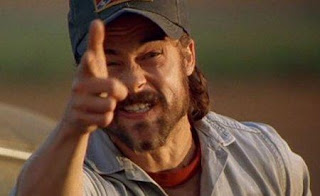 A crazy Brad Pitt is often a good Brad Pitt. His performance in Kalifornia is truly terrifying and a good precursor for some of his later crazy characters like... 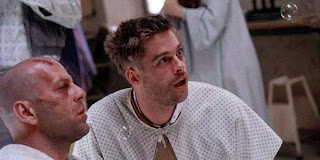 ... The activist/madman of 12 Monkeys. Seriously, crazy Brad = awesome Brad. The Academy agreed, nominating him as Best Supporting Actor for his performance. 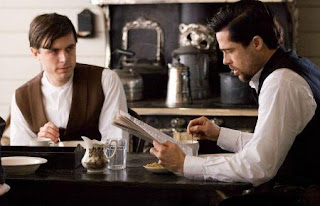 #1: The Assassination of Jesse James By The Coward Robert Ford

The Assassination of Jesse James... is one of the most underrated movies of the last 10 years and Pitt's performance as the outlaw/folk hero is amazing.
Posted by Norma Desmond at 8:00 AM

Norma, absolutely agree with your pick for #1 and your descriptions of the movie and Brad Pitt's performance, the best by him I've seen. It's beyond me why this is so often overlooked in examinations of modern Westerns and Pitt performances.

Not to get all spoiler-ish, but the topic of this post may or may not come up on the next Matineecast.

i love thes3e movies, especially Kalifornia. but where is Se7en and Benjamin Button?