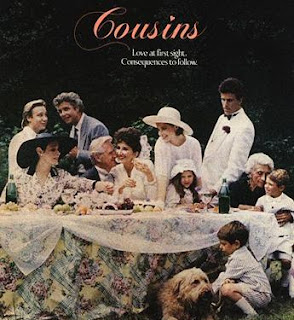 #5: Cousins
(Remake of "Cousin, Cousine" from France)
For some reason when I was, like, 12 this movie used to be on TV with a great deal of frequency, so I've probably seen it about half a dozen times. I haven't seen it in years, but I have very fond memories of it and I highly recommend it. It's one of the rare examples of a romantic melodrama that isn't absolute treacle. 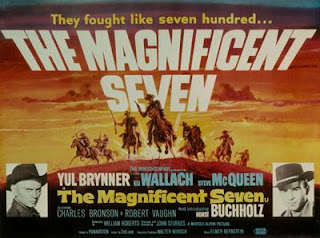 #4: The Magnificent Seven
(Remake of "Seven Samurai" from Japan)
It's rare, I think, for the original and the remake to both be so beloved and successful. The question of which is better is up for debate (though I suspect that many film of my fellow film bloggers would fall on Kurosawa's side), but I don't think you can argue that Seven hasn't made a name for itself separate and apart from its inspiration. 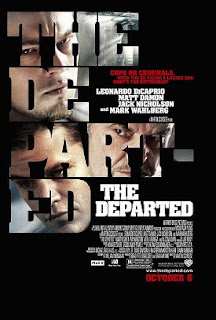 #3: The Departed
(Remake of "Infernal Affairs" from Hong Kong)
I've never seen Infernal Affairs but after seeing The Departed, I immediately put in on my NetFlix queue. I'm still waiting to see the original, but the remake is a film that I can watch over and over again without ever becoming bored with it. 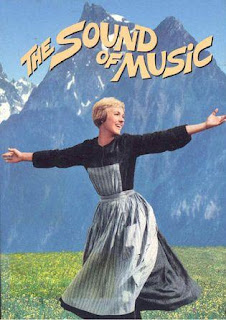 #2: The Sound of Music
(Remake of "The Trapp Family" from Germany)
Definitely an example of a remake eclipsing the original. Can anyone even think of the Von Trapp family now without thinking of Julie Andrews? The film won a handful of Oscars, including Best Picture, and made a whole lot of money and has become a beloved classic to people the world over. 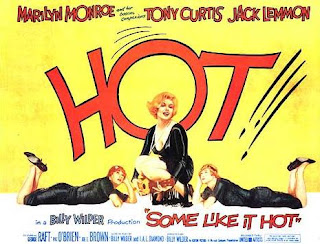 #1: Some Like It Hot
(Remake of "Fanfares of Love" from Germany)
If you're surprised to learn that Some Like It Hot is a remake, join the club. I had no idea until I started putting this list together. Given how secure Wilder's film is in the cinematic canon, I think it's safe to say that this is one of the most successful remakes of all time.

You know, I love musicals but the Sound of Music has always rubbed me the wrong way for some reason. It's so big and cheesy and excessive and with songs aren't particularily good and Christopher Plummer looks miserable.

I also find it interesting that you would pick Magnificent Seven over Fistfull of Dollars or Star Wars in terms of Kurosawa remakes (if Star Wars counts of a remake?).

I never knew that Some Like it Hot was a remake. Thanks for the lesson.

Recently saw (and loved) "Some Like It Hot" and had absolutely no idea it was a foreign remake. What an interesting piece of trivia.

Hopefully Hollywood can get it right with upcoming remakes of "Let the Right One In" and "The Girl With the Dragon Tattoo."

The Sound of Music was on TV the other day and my mum had it on for the millionth time. Like Mike, for some reason that film really grates on me, despite my love for other musicals

The Departed is so good, but when I saw the original, I was stunned by how much Scorsese actually added on to the story that fit so well. Nice list, also I would think of Funny Games.

Interesting. I didn't know about the "Trapp Family" movie.

Wow I didn't realize The Sound of Music and Some Like It Hot were remakes! I'll have to check them out, though I doubt the originals can fully outshine the talents of Julie Andrews and Jack Lemmon.

@Mike Lippert: I've actually never seen Fistfull of Dollars so I can't accurately judge it against the films I did pick. As for Star Wars, I don't think it qualifies as a remake since it borrows from a lot of films rather than just one.

@Anh Khoi Do: I'm sure I will, if it ever actually gets to me!

@Danny King: I'm not holding my breath on that score. I don't know why they remake films that are a) perfect just as they are, and b) enjoy some degree of crossover success on this side of the Atlantic. Why not pick a movie that's just okay and remake it to make it better?

@filmgeek: I can see how it would be grating. As musicals go, it's not my favourite even though I do like Julie Andrews.

@CMrok93: I thought about putting Funny Games on the list, but the fact that both are directed by Michael Haneke gave me pause. The setting is changed and the remake is in English, but it doesn't really offer a different directorial perspective on the story.

@Tom: The things you discover when you're randomly browsing on IMDB

@Alex: I would be interested in seeing the German version of Some Like It Hot, though I imagine it's a bit hard to find.

living human should make some attempt to watch at least once in life.

for me because I just don't watch foreign movies, I spend hours

thinking about every detail of a scene that moved me. And I honestly

think that many of our greatest films, the very best movies in

cinematic history - actually are these foreign language films that

have originated outside Hollywood. Thoughts and debates welcome, but I

imperfect medium of communication. These top foreign films have taught

me to transcend the flimsy barriers of these "localized" mediums that

I was so very much "used to". Wherever there are humans, there are

celluloid! And us, the fortunate beholders! So here goes my list of