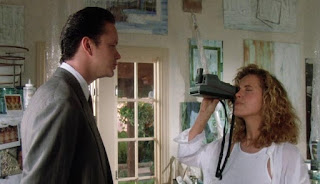 #5: The Player
Director Robert Altman wasn't exactly a "Hollywood" guy, having been a maverick filmmaker almost from the start, and he especially wasn't a Hollywood guy at the time he made The Player, his Hollywood-skewering return to critical acclaim after a decade spent making films that received little love. Yet The Player is a great Hollywood movie, one which remains as sharp as it is dark. 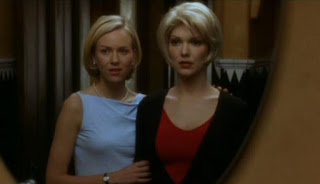 #4: Mulholland Drive
David Lynch's wild nightmare about a would-be starlet driven mad by the failure of her career and her relationship, and then tries to reimagine her narrative into one of triumph, is brilliant and weird. It also features Naomi Watts' breakout performance, and arguably her greatest performance ever. 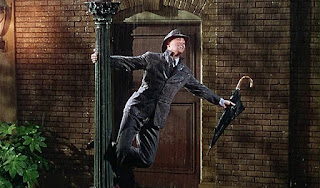 #3: Singin' In The Rain
There are few images in cinema more purely joyful than that of Gene Kelly jumping up onto the lamppost and singing the title song. A nostalgic story about the transitionary period when Hollywood began moving from silent to sound, Singin' In The Rain is a sweet and funny film, not without a bit of bite. Above all, however, it's one of the greatest Hollywood musicals ever made. 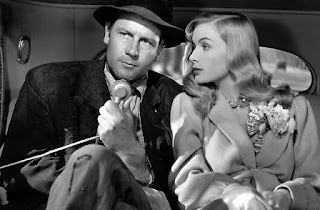 #2: Sullivan's Travels
Preston Sturges' elegant and delightful comedy about a movie director who tries to walk a mile in tragedy's shoes in order to get the experience which will allow him to create a masterpiece that will speak to and for the people is not just a great film about Hollywood, it's a great film, period. Somehow nominated for exactly zero Oscars, Sullivan's Travels is an excellent showcase for the criminally underrated Joel McCrea, as well as Veronica Lake. 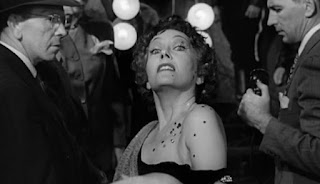 #1: Sunset Blvd.
She's ready for her closeup. The ultimate film about how Hollywood fame sucks people in, grinds them up, and then spits them out, Billy Wilder's classic never gets old. Funny and sharp, but also deeply sad, Sunset Blvd. is one of the greatest movies ever made about any subject, and the greatest Hollywood story ever to come out of Hollywood.
Posted by Norma Desmond at 8:00 AM

Great topic. Lots of ways you could have went with that. Another 5 I really enjoy:

I haven't seen Hollywood Shuffle, but based on your other great choices, I'll assume that it's really good.

Superb incredible going, I cherish your work and look forward for more work from your side. I am a customary guest of this site and at this point have recommended numerous individuals. like it