#5: The Iron Giant (1999)
Well before he gave a voice performance that provided a sentient tree with personality (while repeating the same three words over and over, no less), Vin Diesel had proved himself through his voice performance in The Iron Giant, a delightful and wonderful movie that stands out for its excellence even among other films from 1999, an all around amazing year for movies. Brad Bird's feature directorial debut didn't exactly burn up the box office, but it has definitely found a second (and much deserved) life since. 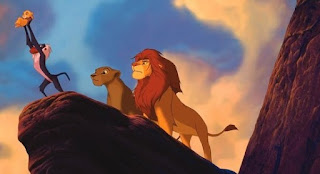 #4: The Lion King (1994)
The worthiness of The Lion King in any list of great animated movies is apparent in its opening minutes, the magnificently rendered sequence set to "The Circle of Life." While the film, which borrows from "Hamlet" to create the bones of its story, may not be the best of Disney's 1990s films, it's certainly one of the most beloved, inspiring an acclaimed Broadway production in its wake. 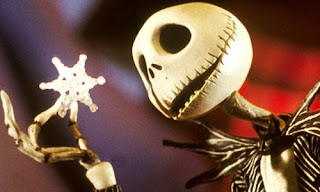 #3: The Nightmare Before Christmas (1993)
Tim Burton's creepy little stop-motion animated movie remains one of his best movies. The story in which the spooky creatures of Halloween invade Christmas is an imaginative and perfectly realized vision, one which is as fun to watch now as it was in 1993 - though watching it now is bittersweet, as it will make you long for the days when Burton gave the sense of having a true creative purpose. 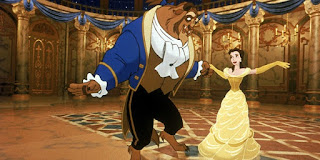 #2: Beauty and the Beast (1991)
The story of Beauty and the Beast had been told many times, and in many forms, before Disney's animation renaissance in the 1990s, but for a generation (or two) Disney's 1991 telling is the definitive film version. But the film doesn't rank so high merely for the sake of nostalgia. Beauty and the Beast is a technical marvel that helped advance the genre, particularly in terms of its use of computer animation. 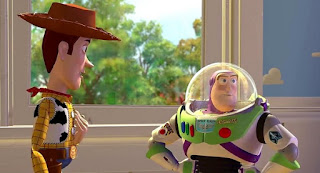 #1: Toy Story (1995)
Pixar has been so dominant in animation for so long that it's almost difficult to recall a time before the next Pixar release could be counted on to be the next blockbuster around the corner. Toy Story was the first in Pixar's long line of critical and commercial successes and it remains one of the company's very best.
Posted by Norma Desmond at 7:17 PM