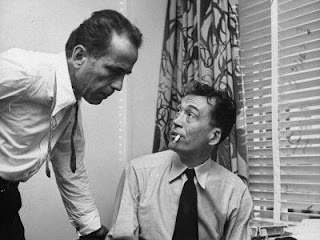 There are a lot of actor/director teams in the history of cinema whose frequent collaborations have led to a wealth of great movies. Sometimes these pairings bring out the very best in both parties, revitalizing each with a renewed burst of energy and creativity, pushing and challenging each other to new heights (Scorsese/De Niro, Kurosawa/Mifune, Herzog/Kinski immediately spring to mind). Sometimes these pairings start strong, and then succumb to a creative laziness that leaves their projects open to diminishing returns (*cough* Burton/Depp *cough*). One of the more fascinating actor/director team ups is that of Humphrey Bogart and John Huston, who only made four films together but made them all so distinct from each other that you could never argue that they were repeating themselves. 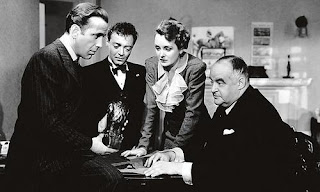 Bogart played two iconic detectives in his career, Sam Spade here and Philip Marlow in The Big Sleep. Along with High Sierra (coincidentally written by Huston), The Maltese Falcon helped launch Bogart out of supporting player purgatory and into leading man status. Here he plays a clever tough guy, a character who could disarm an opponent with rapid-fire speech just as easily as he could disarm him physically (one of the film's recurring gags is Spade getting the best of Elisha Cook, Jr.'s henchman Wilmer). Spade is a distinctly unsentimental character (in bidding farewell to his love interest, who is being hauled off to jail, he says, "I'll be waiting for you. If they hang you, I'll always remember you."), a tough guy with a twinkle in his eye, and the film, despite being the third adaptation of The Maltese Falcon in the space of a decade, feels fresh and vital. From the start, the Bogart/Huston pairing was one that brought something new and important to the screen. 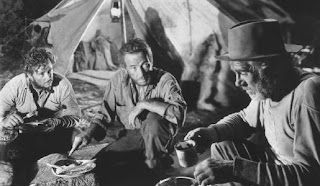 Bogart and Huston's next collaboration was something completely different, and something which brought out a whole other facet of Bogart's persona. As the paranoid, greedy, and increasingly mad Fred C. Dobbs, Bogart delivers one of his finest and most nuanced performances (arguably even his very best). He's not the hero of this film, but if he's a villain, he's a tragic one. His descent into madness provides much of the film's narrative momentum and his violent end (not to mention his ultimately pointless attempt to hoard wealth) provides the story's moral - greed is bad. Bogart's performance is supported at every turn by Huston's direction, which helps bring a feeling of intimacy to his cracking mental state. The film is one of the best in either of their filmmographies and one of the most influential movies ever made. 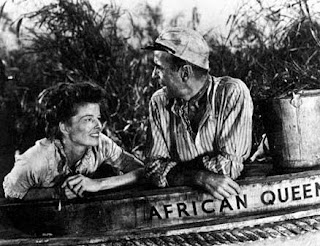 Another departure, unlike either of the pair's other films, though it does share Sierra Madre's sense of adventure. Bogart's portrayal of the alcoholic and broken Charlie Allnut won him an Oscar, and the film itself is a landmark achievement for its famously difficult on-location production. Again, Huston brings something out of Bogart that few other directors ever did. Bogart played tough guys - sometimes heroes, sometimes villains, sometimes occupying a grey area in between, but always with a core of strength. Here he plays a man who, for much of the story, is very weak and has to dig deep to find a reserve of strength. The film itself finds a perfect balance between action and character, delivering on pretty much every level and becoming an inspiration both for what ends up on-screen, and for how it all came about off-screen, inspiring Clint Eastwood's White Hunter, Black Heart. 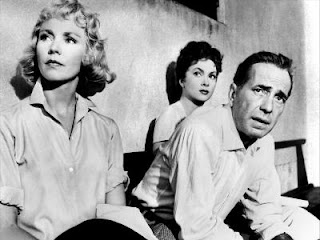 The duo's final film together is undeniably an oddity. It doesn't fit easily into any one genre and was designed as a parody of film noir style, so that, in a sense, Beat the Devil brings the Bogart/Huston working relationship full circle. The film is about a band of crooks (played by some of the most "guilty looking" character actors ever to grace film, including Peter Lorre) involved in a plot to buy land rich in uranium with the help of Bogart's Billy Dannreuther. Bogart's role here is somewhat passive, as the craziness sort of swirls around him, but his understated performance really works. The film bombed when it was released but has since developed a cult following and it remains one of the most original and unusual films ever made. It isn't on the same level as Bogart and Huston's other collaborations, but in a way it's the most fitting end to their working relationship.

Next Time: Scorsese & De Niro
Posted by Norma Desmond at 8:00 AM