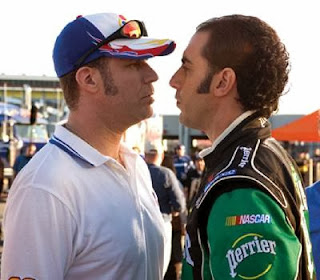 #5: Ricky Bobby & Jean Girard, Talladega Nights: The Ballad of Ricky Bobby
In one corner, the boorish, hyper-macho American, in the other an elegant, gay Frenchman. The one thing they have in common is their need to compete and win - and need so great that even after wrecking their cars, they just keep on going. 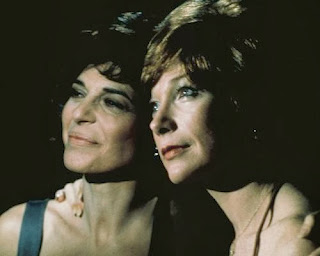 #4: DeeDee & Emma, The Turning Point
Frenemies before that was even a term. Anne Bancroft + Shirley MacLaine = can't go wrong. 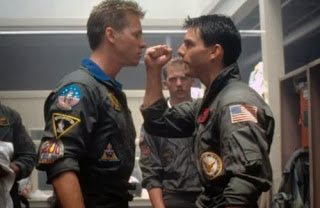 #3: Maverick & Iceman, Top Gun
That's right Ice... man, I am dangerous. Oh young Tom Cruise and Val Kilmer, the world was your oyster before you both turned out to be famously crazy. But, hey, we'll always have Top Gun. 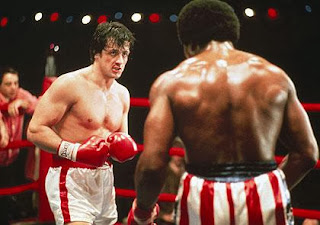 #2: Rocky Balboa & Apollo Creed, Rocky
Rivals, competitors, eventually friends. The Rocky/Apollo relationship was an integral part of the Rocky series... you know, until they killed off Apollo and then kept making movies. 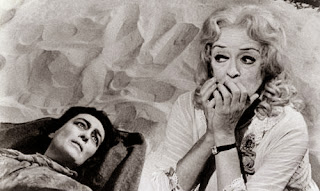 #1 Baby Jane Hudson & Blanche Hudson, Whatever Happened to Baby Jane?
Bette Davis and Joan Crawford were both formidable, terrifying women and their off-screen rivalry was legendary. Their on-screen rivalry in Whatever Happened to Baby Jane? is pretty good, too, though I imagine that it pales in comparison to the original.
Posted by Norma Desmond at 8:00 AM

My best movie character rivalry was the one of Tom Cruise and Val Kilmer in 1986's big-budget jet film Top Gun. I just love to re-see the movie again of their competition.