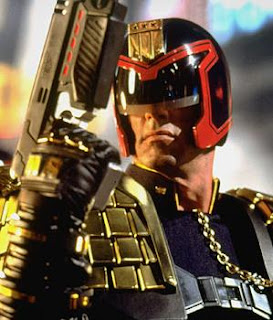 A bloated mess of a movie from a director perhaps best know for the sequel to I Know What You Did Last Summer (not even the unnecessary original, but the completely unnecessary sequel). It is, possibly, worth watching just to hear Sylvester Stallone declare, "I am the law!" 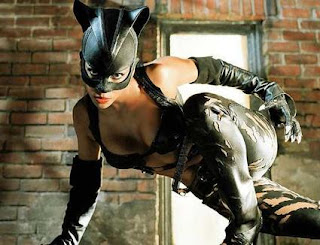 I would like to give them the benefit of the doubt and think that this at least seemed like a good idea at the time. Instead it completely derailed Halle Berry's post-Oscar career. 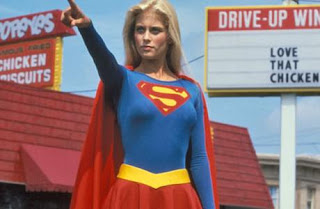 I'll be honest: I've never seen this movie, I just wanted an excuse to post this picture. Why is she (presumably) fighting someone in a fast food joint parking lot? 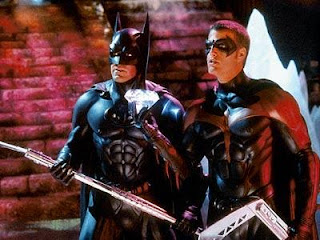 The movie that killed the first Batman franchise. Full of bad puns, gaudy sets, and, of course, the suits with nipples. 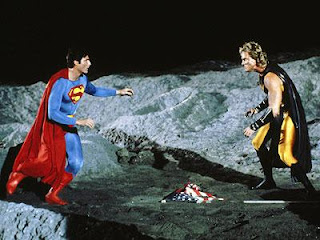 #1: Superman IV: The Quest For Peace

Say what you will about Batman and Robin but at least it doesn't look cheap. Superman IV looks like it was produced in someone's garage.
Posted by Norma Desmond at 5:22 PM

Oh, those were bad. I would put X-Men Origins: Wolverine in that list because it's so badly made and it offers nothing new that people know about the character. It's pretty much one of the worst films I had ever seen.

Superman IV: The Quest of Peace was such a stupid film with a very preachy message. Plus, the villain was a joke. And there were things that were extremely illogical during that whole film. Notably the final confrontation between Superman and Nuclear Man that involved Mariel Hemingway in outer space.

Wouldn't she had died or something if she had arrived once she had reached the Earth's atmosphere or in outer space or something like that?

I'm like the void99 as Wolverine was an extrordinaryly poor movie. The rest you have are all bad too!! The nipple suits of B & R were a huge mistake!!
I liked Judge Dread even though it was poor and belongs on your list, but it is funny how sometimes a poor movie has a type of guilty pleasure charm to it.

Very nice list! It's unfortunate that so many of these superhero movies are just awful, as most of them have big budgets.

Of course, your list could be much longer than 5, with Spiderman 3, Daredevil, and Superman 3 all taking prime spots. And that's without looking at the atrocious captain america movie from ages ago. Or the Fantastic Four films...