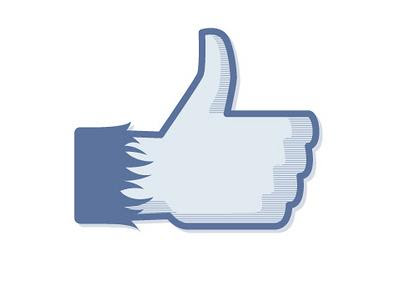 I have to admit, for a while there I wasn't too keen on the idea of seeing The Social Network. When the trailer was released, my first thought was, "Great, two hours of rich white guys acting like assholes." It was only in the last couple of weeks, which saw the release of review after review, each seemingly more rapturous than the last, that I actually started to look forward to this one. Luckily, it lives up to the hype.

The Social Network recalls a time long ago, a simpler age when if your friends, family, or that person you remember vaguely from high school wanted to know what you were thinking or what you did over the weekend, they had to, like, call you or something. How did we ever live like that? The film begins with Facebook founder Mark Zuckerberg (Jesse Eisenberg) getting dumped, getting drunk, and then getting revenge by simultaneously blogging about his now ex-girlfriend and creating Facemash, a site which ranks the attractiveness of the women at Harvard. His late night stunt gets him both bad attention, in the form of a disciplinary hearing (he had to hack into various databases to get the photos for Facemash), and good attention in the form of Cameron and Tyler Winklevoss (Armie Hammer) and Divya Narendra (Max Minghella), who want to bring Zuckerberg aboard their plans for a social network to help Harvard students connect to each other.

Zuckerberg signs up for the project (originally called HarvardConnection then renamed ConnectU) but quickly abandons it to start a social networking site of his own, teaming up with his friend Eduardo Saverin (Andrew Garfield), who doesn't know much about computer programing but has the cash to provide the project with the necessary start up money. Things are going well until The Facebook catches the attention of Napster co-founder Sean Parker (Justin Timberlake), who helps launch the site into the stratosphere but causes an irreparable rift between Zuckerberg and Saverin that eventually leads to one of two lawsuits against Zuckerberg (the other being launched by the Wilkevoss twins and Narendra).

Much of the film is told in flashbacks with the present day scenes taking place in the two mediations. The screenplay, by Aaron Sorkin, unfolds at a fast clip (the first scene is about as close to perfect as it gets) and is very engaging and surprisingly funny. The only thing about the screenplay that didn't really work for me was the scene which introductes Parker. The scene felt kind of clunky (and is so glaring because the rest of the film is so smooth) and while Timberlake does really well in his role, he's not quite a good enough actor to make that scene work.

Throughout the film, the characters are extremely well drawn. Zuckerberg is depicted here as a man utterly lacking in social skills, who has no idea how to forge or maintain connections to other human beings. There's a sharpness to the character and while the film never tries to soften the edges, he's not exactly the "villain" of the story either (though he's certainly no innocent). If there is a villain to this story it's Parker, who waltzes in, seduces Zuckerberg with visions of glory, orchestrates Saverin's ouster, and then proves to be something of a PR liability. There is a scene where Zuckerberg and Parker are in a club and Parker is framed and lit in such a sinister way that the character may as well have been renamed Mephistopheles. It's a brilliant bit of work from director David Fincher (and cinematographer Jeff Cronenweth), just one of several little touches that helps make The Social Network such a strong film.

The film is also immeasurably strengthened by its performances. Hammer plays the Winklevoss twins as a pair of golden boys so accustomed to having everything work out for them that they are offended to their very core that not only have their plans been disrupted but that they have to go to such great lengths in their attempt to restore order to their lives (at one point Cameron refuses to sue Zuckerberg, insisting that he and Tyler are "gentlemen of Harvard" and, as such, they can fall back on the social rules of their class to resolve the situation in their favour). Garfield's Saverin - played with wounded intensity - is easier to feel sorry for, perhaps because the story unfolds in such a way that he's like the faithful first wife dumped at the cusp of success in favour of the trophy wife epitomized by Timberlake's Parker. At the center of it all, of course, is Eisenberg who never hits a false note in his portrayal of Zuckerberg. He's been giving solid performances for years now and hopefully he won't go unrecognized for this performance come Oscar time.

i agree. the characters are very well written. andrew garield really steals the show for me. he's very engaging. and sorkin is unstoppable.

Yup, it was a great film. Good point on how the performances were especially strong.

Anyone can join in one way or another, and makes it a must-see pictures of the countryside.


The Social Network is not about Facebook. It's about Mark Zuckerberg and the people associated with him and the consequences that arise with the evolution of Facebook. In an even broader sense, it's about friends being driven apart due to money and betrayal. Because of this, it's no surprise that many have already compared this to CITIZEN KANE. And it's not just the similarities in themes that are astounding, it's the quality as well.

Totally blown away by the fact, that a film about Facebook directed by David Fincher, can be a big-time Oscar contender. Loved it almost from start to finish, hope it gets awards come Oscar time. Nice post, check out my review when you can!