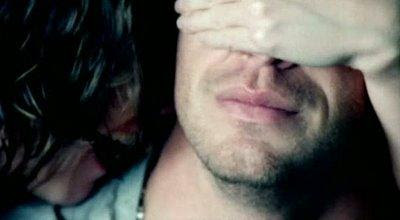 Some movies (and books and albums, etc.) have a time-release effect so that it isn't until a while after you've seen them that you really start to feel their impact. I liked Maelstrom when I was watching it - it's imaginative and well-made, not to mention superbly acted - but it wasn't until after I'd had some time to think about it (I couldn't stop thinking about it, to be honest) that I really started to "get" it. Writer-director Denis Villeneuve made Polytechnique, one of my favourite films from 2009, and is the man behind Incendies, a film from this year that I'm very much looking forward to seeing. I think I'd better start catching up on his earlier work.

Maelstrom announces itself pretty much immediately as a weirdo-indie art film, focusing in its opening moments on a soon-to-be-gutted fish who will act as our narrator. The story he has to tell centers on Bibiane (Marie-Josée Croze), who is steadily succumbing to the pressures in her life, which include a recent abortion and the legacy of her famous mother. She drowns her sorrows in drugs and alcohol and sex, but her hard partying is catching up to her. One night she hits a man with her car and flees the scene. The man dies as a result of his injuries and Bibiane's life spirals further out of control as she attempts to cover up her crime. This eventually leads to her driving her car into a river, after which she comes to the conclusion that her survival is a sign that she's been given a second chance.

Though she's decided to move on, she can't quite tame her curiosity about the man she killed, which leads to her meeting his son, Evian (Jean-Nicolas Verreault). They fall in love but her guilt weighs on her and when the truth comes out, their relationship comes to a crossroads. At different times, and in their darkest hours, both Bibiane and Evian encounter a man who tells them that if no one else knows the truth - either that Bibiane has killed someone or that Evian has fallen in love with the person who killed his father - what difference does it really make? It's the tree falling in the woods version of morality.

Villeneuve constructs this story in a very tight, closed-in kind of way. Everything that happens - even the most seemingly minor detail - matters and the narrative is constantly folding itself back to show all the little connections that have served to tie Bibiane and Evian together since long before their actual meeting. The device of having the fish be the narrator might seem a little precious at first, but it gives the story a magic realist tone that helps keep it from sinking to the darkest depths (which it easily could, given the things that happen through the course of the story). All in all, the screenplay is very strong and Villeneuve's direction helps keep it moving along at an efficient and effective pace.

The driving force of the film, however, is Croze who delivers an extraordinary performance. She plays Bibiane at the height of intensity from beginning to end, but she never goes over the edge and into overacting territory. Her scenes with Verreault are captivating, following the pair as she tries to contain her guilt and as it finally gets the better of her and she must confess. It all leads to a very strong ending to what is, overall, a very strong film.