Why Isn't This A Movie?: Spanish Fly 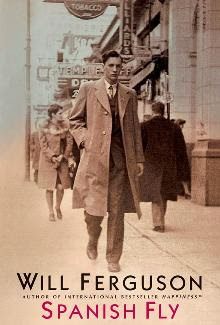 Setting: The American southwest during the Great Depression

Premise: Jack is a street smart young man who longs to escape his dusty, poverty striken town. When his affinity for math almost spoils a con being run by a couple of grifters passing through town, the pair decide to invite him to join their crime spree. Together the trio go from town to town running mostly minor cons until a shadowy figure from the past makes a big score a necessity. As things get more dangerous, and the cons get more complicated, Jack can't shake the feeling that he's being set up for a fall.

Characters:
Virgil Ray: A slick conman of ambiguous sexuality whose easy charm masks the scars of a dark past. Stories of his exploits are legendary but, as Jack comes to realize, for all of them to be true he'd have to have the ability to be in two places at once. Tall tales aside, however, there's no question about his ability to run a con.

Miss Rose: Virgil's longtime girlfriend and partner, who often uses the alias Connie Parker - cousin to Bonnie - while running scams. Though she has a great deal of anxiety about aging and her fading looks (exacerbated by Virgil's insistence on having her pose as Jack's mother for cons), she nevertheless develops a strong sexual pull over Jack - and vice versa.

Jack McGreary: a 19-year-old with a body built for working in the mine, but a brain that makes him destined for bigger and better things. Though he goes along with Virgil and Rose, he never feels entirely at ease with them and plots to stay a step ahead of them just in case.

Who would you cast?

There are so many books I would like to see as movies but when they do make them into a movie they are just really bad...so I stopped hoping for adaptations of my favourite books!

Yeah, I'm kind of at that point, too but when they aren't adapting books, they're adapting TV shows so...