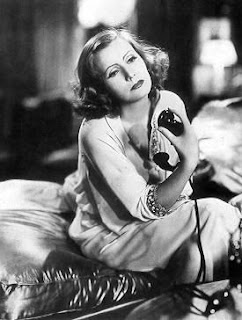 Grand Hotel is far from the best film to ever win Best Picture, but it is one of the more charming winners. This is a movie that could be remade today, set at any time and in any place. There are aspects to the film which date it, but the overall arc and themes of the story are timeless.

This is a film about lonely people seeking connection. Grusinskaya (Garbo) is a prima ballerina who longs “to be alone” not because she isn’t lonely, but because she’s surrounded by people who want only to use her for personal gain. Kringelein (Lionel Barrymore) is a dying man who has decided to spend his last days spoiling himself with the best that life has to offer, but finds that the best things are nothing when you have no one to share them with. The Baron (John Barrymore) has turned to a life of petty theft now that his funds have run out. People seem drawn to him, though he confesses to Kringelein that he has no friends.

The film begins with a series of establishing shots, showing the various characters on the phone, each stating his or her purpose in the Grand Hotel. There’s much talk about Grusinskaya, a famous ballerina in the midst of a depression. This is a character who is built up for a while before we actually encounter her, no doubt because Garbo is the biggest star in the film. Her early scenes evoke sadness – playing to half-empty houses where no one applauds, knowing that people are more interested in her the person (the side of herself that she doesn’t want to share) than her the artist (the side of herself that she does). This is one of the more autobiographical roles Garbo ever played. The laments seem to come easily to her, probably because she made them in real life as well. Later, Grusinskaya and the Baron will spend a night together talking (the Baron has broken into her room to steal jewellery and reveals himself in order to keep her from committing suicide). They fall in love and make plans to start fresh together somewhere else. Suddenly there is lightness to Grusinskaya’s scenes – Garbo dances around the room, full of joy. She and Barrymore play well off each other, though she eclipses him in all their scenes together. However, since he’s the thread that weaves all the stories together, it doesn’t much matter that he plays second fiddle to Garbo in their scenes.

Barrymore and Garbo have good chemistry, but so do Barrymore and Crawford as Ms. Flaemmchen, a secretary for hire whose hard luck will eventually lead her to accept an indecent proposal from the film’s villain, Preysing (Beery). The Baron and Flaemmchen become friends, and so do the Baron and Kringelein, the former bookkeeper at Preysing’s factory. Kringlelein is all at once the saddest, happiest and funniest of the characters, which is no small feat and a credit to the abilities of Lionel Barrymore. He’s a man who has scrimped and saved and denied himself all his life and now that he’s dying, wants to spend all his money. He demands the largest room in the hotel, he buys new clothes, he orders champagne… then discovers that happiness isn’t so much what you have, as who you share it with. His attempts to live the high life seem gauche when compared to the Baron, who is so smooth and elegant. However, when compared to Preysing, who is rich but a lout, Kringelein almost seems debonair. Preysing uses his wealth to bully people; Kringelein uses what is left of his money to try to make people happy – he does nothing in this film that he doesn’t want to share with someone else and you don’t get the sense that he’s trying to buy companionship as much as you think that he finally feels that he’s worth spending time with.

This isn’t really a Garbo film, as such, though she shines in all of her scenes. This is truly an ensemble, which is the only way the film could possibly work. The major theme of the film is expressed in the last lines, by the doctor who lives in the hotel (Stone): “Grand Hotel, always the same. People come, people go. Nothing ever happens.” The characters that we’ve gotten to know have left the hotel, and we’ve watched a new couple check in. The doctor utters the last words, and then the film cuts to a shot of a revolving door. The film is about people so caught up in their own dramas that it seems as if nothing ever happens to anyone else as they come and go from each other’s lives, sometimes without even realizing their connections to other people. When they leave the Grand Hotel, so too do they leave the audience. We don’t find out if Kringelein and Flaemmchen find happiness after they leave the hotel, if Kringelein finds a doctor who can cure him, or what happens to Grusinskaya when she learns the fate of the Baron. They came into our lives and then went, and life in the Grand Hotel goes on.

"Grand Hotel is far from the best film to ever win Best Picture, but it is one of the more charming winners.'

I agree. The movie has its charms, but the pacing makes it a little hard to stick with, sometimes.