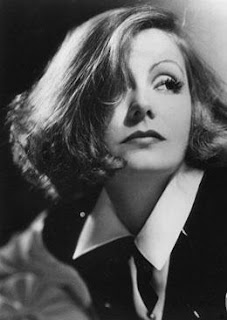 This documentary produced by Turner Classic Movies is a nice companion to the collection as a whole. It doesn’t tell us much about Garbo’s life (we do get tidbits here and there), but instead focuses on how the Garbo legend was created and took on a life of its own, and why we still remain interested nearly 20 years after her death, and some 60 years after her retirement from the screen.

The film opens with grainy footage of Garbo crossing a street in New York. Immediately we feel distanced from her, like we’re spying. This first shot sets the tone for the rest of the film: we aren’t being let into Garbo’s life; we’re intruding on it. We never really get a sense of her personal life. There’s some discussion of her relationship with John Gilbert, but only in broad strokes. The film doesn’t go into details about it, but rather demonstrates how it was used to help propel Garbo into stardom and establish MGM as the studio of the stars (Garbo became a bona fide star following Flesh and the Devil. She and Gilbert then starred together in a silent version of Anna Karenina, which MGM renamed Love so that the title credit would read “Greta Garbo and John Gilbert in Love,” thus capitalizing on the relationship).

The most interesting thing about the film is the way it dissects and disabuses the myth that Garbo was reclusive in her later years. She didn’t like being hounded for pictures and autographs, but she wasn’t exactly a homebody either – every day she was out in New York walking and shopping, and she travelled around the world. This section of the film also discusses her reasons for leaving Hollywood, which in reality aren’t quite as simple as her growing tired of being a movie star and living the Hollywood lifestyle. Around the time she started making movies like Queen Christina, Anna Karenina, Conquest and Camille - films which have a distinctly European flavour – her popularity domestically began to wane, and profit from her films came mostly from overseas. At the time of her retirement, 1941, there was of course a war going on overseas which would naturally take its toll on her ability to draw the audience. The plan, as this film sets out, was for her to pull out of her contract and wait out the war and then return to the screen. But, the war ended and the work just wasn’t there for her afterwards. She did make one screen test after the war but it came to nothing, which is a shame judging from the footage, which is included in the film. She still had it, that thing that makes her so watchable, and she still wanted to make movies. It’s a shame that the movies decided they didn’t want her anymore.

All in all, this is a very interesting film and worth checking out for any Garbo fan, as it’s loaded with clips spanning her entire career and clips from an interview with Clarence Brown, director of several of her films, goes into fairly great detail about the way that Garbo worked and built her performances. If what you’re looking for is an in depth discussion of her personal life… well, you’re out of luck, especially in terms of her relationships with women - which the film all but refutes, briefly bringing up the possibility then quickly pushing it aside by asserting that her most important relationships were with men. But, like I said, this isn’t a biography of Garbo, it’s an examination of the conflict between Garbo the person and Garbo the star, and a look at how she became a star, and why she remained one long after leaving the screen.

Posted by Norma Desmond at 5:58 PM