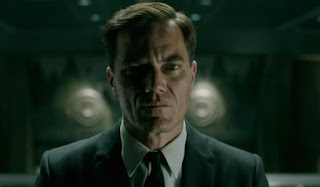 #10: Michael Shannon, The Shape of Water
In a film full of marginalized characters, Michael Shannon's government official is the symbol of social power. He is the type of character that the world has been tailored to satisfy, so imagine his growing rage through the course of the film when he is repeatedly denied what he wants and everything that he values is undermined. Shannon's character is everything corrupt and wrong about social power and the way that it excludes everyone who doesn't conform to its rigid ideal, and Shannon does absolutely nothing to soften the character's sharp edges. He's a villain in all his irredeemable glory, built upon layers of privilege, which makes the film's resolution all the more satisfying. Shannon isn't known for playing warm and fuzzy characters in the first place, but when he's allowed to play an unapologetic SOB he's particularly great. 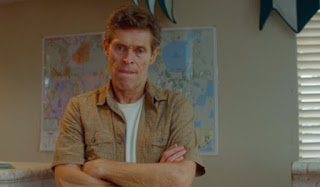 #9: Willem Dafoe, The Florida Project
From a bad guy to a genuinely very good guy. Willem Dafoe's character in The Florida Project is just a man who is trying to do his best. His own resources are limited, but he knows that he has more than the people who occupy the motel that he manages and he tries to look out for them as best he can, even though they sometimes make it difficult. The Florida Project is the sort of loose, slice of life type of movie that feels plotless despite having plenty of narrative incident, and there's no big, showcase moment for Dafoe at any point within it. Instead this is a performance built on several quiet moments, some of them humorous, most of them less so, that center on the character's innate compassion and inability to stop giving people second chances. It's wonderful, subtle work from Dafoe. 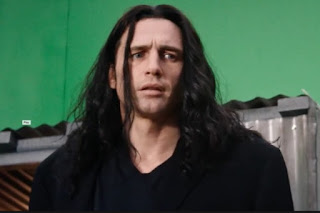 #8: James Franco, The Disaster Artist
This is not parody. It will make you laugh, but it is nevertheless a dug in deep performance that transcends mere imitation. As Tommy Wiseau, mastermind behind The Room, the greatest bad movie of all time, Franco plays a man whose belief in himself is absolutely unwavering even as everyone he encounters tells him that he should just give up on his dream. He's a strange and often off-putting person, but there's also something admirable about his willingness to put himself out there and be vulnerable to criticism, and Franco finds a balance between making him a figure of fun while also finding a human being beneath all the strange affectations. One of the marks of a good actor is how well they can portray a bad actor, doing things that go against every instinct and all training they have as a performer, and Franco does that here while making it seem absolutely natural. 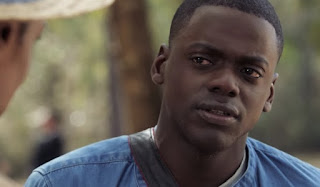 #7: Daniel Kaluuya, Get Out
In Get Out Daniel Kaluuya is the person who reacts. While everything is happening around him, he holds down the center, trying to act like these strange and offensive things don't bother him because if he points them out and calls them out then he will be the one blamed for making everyone else uncomfortable. In his desire not to rock the boat, he lets things go to the extreme - and then finds that they're so far gone that he may not be able to come back from it. The stages of Kaluuya's performance, steeled as microaggressions get thrown his way, gradually coming to realize that this is a little bit more than the usual casual racism, and then coming to the horrifying realization that he's been completely set up and is now trapped, transition the movie from one act to the next. For most of the movie it's a reactive performance rather than an active one, but what great reactions they are. 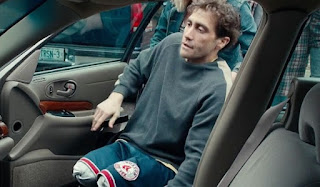 #6: Jake Gyllenhaal, Stronger
On paper, Jake Gyllenhaal's role in Stronger is the very definition of "Oscar bait." In it he plays Jeff Bauman, who loses both legs in the Boston Marathon Bombing. The film follows him as he struggles to accept his new reality and tries to create a new life for himself that is different (and yet, in the end, not so different) from the life he was living before, but this isn't a simple triumph over adversity story. It's a film which views its protagonist in all his messy, very human complexity, as a man with deep flaws that aren't magically resolved by his trauma and one who is more overwhelmed by his sudden celebrity than anything. The film is driven by his pain, both physical and mental, but it's not a performance built on anguished screams. It's a performance in which a man struggles to find the will to do the work and struggles to come to terms with the things that will never again be the same. Stronger is a movie that sort of came and went last fall, but it's one that should be seen for Gyllenhaal's performance. 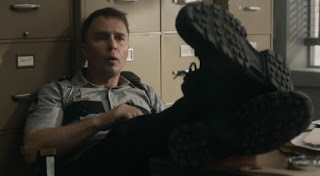 #5: Sam Rockwell, Three Billboards Outside Ebbing, Missouri
Sam Rockwell's character in Three Billboards Outside Ebbing, Missouri is the lightning rod for a lot of the criticism the film has received. He's a racist with a history of brutalizing black people in custody and the objection that people have to that is that he's given the benefit of being fleshed out and that he's redeemed. He's a brutal man who is treated like something of a joke, at first, because he's so damn stupid, but by the time he demonstrates his capacity for hair-trigger violence, there's really nothing funny about him anymore. When he finally has to face some consequences for his abuse of authority, he's at loose ends and Rockwell captures his confusion as he has to reckon with the fact that a world that has always made excuses for him is suddenly holding him accountable. It rocks him and helps push him towards wanting more from himself, though even then his best idea is rooted in violence. He's a complicated character and while you can certainly argue that racists don't deserve to be viewed in complicated terms, Rockwell's performance is nevertheless so skilled and nuanced that you can understand why the film went in that direction. 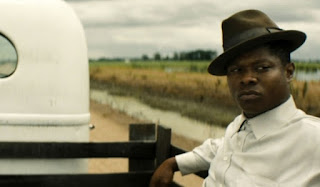 #4: Jason Mitchell, Mudbound
Mudbound is a film full of great performances, but I would qualify Jason Mitchell's as the very best. As a young man who has gone away to war, experienced a different societal dynamic, and returned home to discover that while he has been profoundly changed by his experiences, his home has remained decidedly the same, he delivers a heartbreaking performance. His character is a man who wants more for himself, who has discovered that it is possible to have more for himself, and can't go back to living the limited life he's been told to expect. Surrounded by people who want to tear him down, break his spirit, and make him suffer, he holds on to his pride. Even when he's subjected to horrific violence, he won't let it defeat him. His strength, borne not of a simple longing for more but of a demand for it, is the beating heart of the movie and Mitchell's performance carries the weight of many of the film's heaviest scenes. 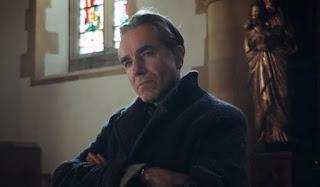 #3: Daniel Day-Lewis, Phantom Thread
While Reynolds Woodcock may not be the greatest character Daniel Day-Lewis ever played (which, when you consider the characters he's played, is no insult), it would be fitting if this truly is the last performance the actor ever gave. Phantom Thread is, after all, a portrait of artistic genius, of a man obsessed with his craft. As a man who is so fastidious and rigid in what he needs in order to be able to create that you're sometimes surprised that he seeks out human contact at all, Day-Lewis is alternately infuriating (my God this man is an entitled baby), hilarious (he and Vicky Krieps are a great comedic duo), and utterly fascinating. Part of the delight of Phantom Thread is in discovering the weird place it ends up going, and Day-Lewis' performance is a major part of getting the story there because without that moment when he embraces the danger in front of him, the movie would just fall apart. He's always brilliant and, per usual, he's brilliant in a different way here than he is in his other brilliant performances. 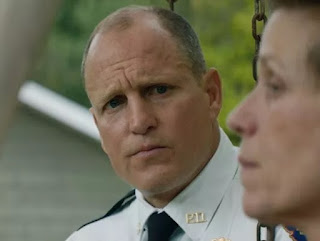 #2: Woody Harrelson, Three Billboards Outside Ebbing, Missouri
His co-stars are getting all the glory, but as far as I'm concerned Woody Harrelson delivers one of the best performances of his long and varied career in Three Billboards Outside Ebbing, Missouri. As the sheriff called to be accountable for the fact that a teenage girl's rape and murder remains unsolved a year later, he creates a character who cannot be described in simple terms. He's the face of authority in a town where authority has been known to abuse its power (and he has done nothing to clean things up), and Frances McDormand's Mildred is correct when she says that the buck has to stop with him regarding the unsolved crime. But, at the same time, he's not Mildred's enemy. In a weird way, you could actually call him her ally, given not just what he ends up doing to further her cause, but also given the way that Harrelson is able to convey the character's massive sense of disappointment in himself that he hasn't solved this crime. It's a performance so effortless and easy going that it may be easy to overlook, but it absolutely should not be. 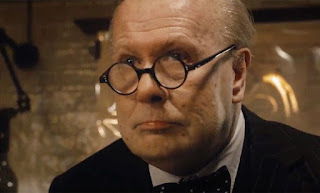 #1: Gary Oldman, Darkest Hour
When you assess the movie performances of 2017, you sort of have to give Gary Oldman extra points simply because in Darkest Hour he had to act through approximately 50 pounds of make up. You might inclined to then deduct points for the fact that he gets to play such a larger than life, naturally theatrical figure, but you shouldn't because there's no point in the film where Oldman rests on laurels. His depiction of Winston Churchill captures the great orator and political mover, but is also captures a man, one whose confidence is at times made to waver, one who may second guess himself while feeling the weight of the free world on his shoulders, a man who understands the enormity of what is at stake. It's a captivating performance not because he speaks those famous words, but because he brings one of the giants of history down to a very human scale.
Posted by Norma Desmond at 8:00 AM