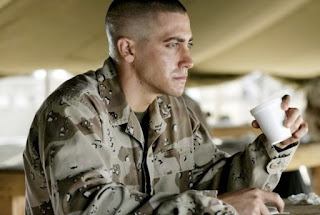 #5: Jarhead
Gyllenhaal's performance in Jarhead is defined by frustration. Playing a young man who joins the Marines in an effort to give his life some direction, he then finds himself deployed to fight in the Gulf War, doing nothing but waiting and expressing his boredrom through acts of hedonism, only to finally get an opportunity to actually do something and see it get snatched away. Gyllenhaal shifts easily between the character's tendencies towards both recklessness and seriousness in this portrayal of a man whose best intentions are constantly being undercut by circumstance. 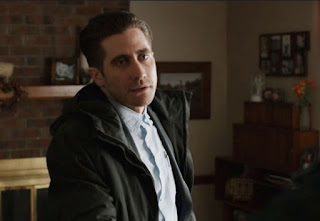 #4: Prisoners
At times Prisoners seems like a contest of intensity between Gyllenhaal and co-star Hugh Jackman, and if it is a contest, the win has to go to Gyllenhaal's low simmering ferocity. Nearly every actor working has played a cop at some point in their career, but few have nailed the clipped, dominating way that police speak to civilians in quite the same way as Gyllenhaal does here. It's a great and deeply lived-in performance that brings to life a character who might otherwise have been nothing but an archetype and instead emerges as a distinct and very memorable character. 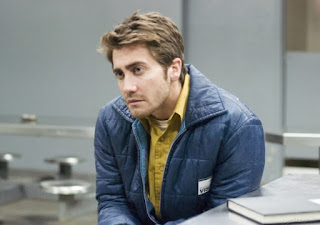 #3: Zodiac
The experience of making Zodiac with David Fincher was reportedly not a very pleasant one for Gyllenhaal, but the performance that he gives in it is nevertheless fantastic. As Robert Graysmith, Gyllenhaal starts the story on the very margins, sort of hovering around, enthusiastically wanting to get involved as if he's keen to play detective. Once the story moves him into the center of the narrative, and the meaning and potential consequences of what he's doing really start to hit him, Gyllenhaal makes his feeling of cold panic palpable. For my money, the scene in which Greysmith visits the home of someone that he comes to think (in the middle of their meeting) might be the killer remains one of the best movie scenes of the last decade. 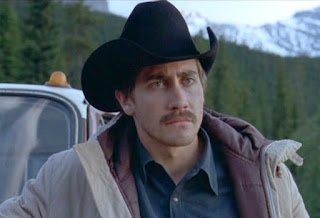 #2: Brokeback Mountain
Arguably Gyllenhaal's most famous role, what makes the performance so great is not the "bravery" that was sometimes attributed to him (and co-star Heath Ledger) for taking on the role of a gay man, but for the way that he's able to build a portrait of a character across decades. As Jack, the rodeo rider who falls in love with Ledger's cowboy, Gyllenhaal has to take the character from open-hearted, needy youth to weary and exasperated middle age, and then navigate the way that that shift changes the dynamics between Jack and Ennis. This performance is the only one (so far) to net Gyllenhaal an Oscar nomination and I suspect that no matter how many great performances he delivers in the future, this will remain one of his best. 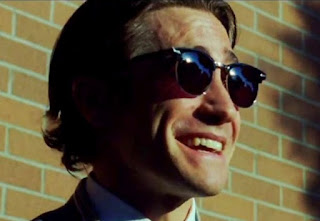 #1: Nightcrawler
Gyllenhaal's character in Nightcrawler is, without question, the most repellent character he's ever played (and, perhaps, may ever play). Playing an opportunistic psycopath who stumbles into a means of leveraging the public's fascination with violence to make bank, Gyllenhaal's performance is absolutely chilling. But the thing that makes the character so startling is that he doesn't even know that he's evil; he is relentlessly upbeat, speaking in motivational speech cliches which become grotesque in the context of the events of the film, interacting with people as if what he's doing is perfectly normal. It's not just Gyllenhaal's most interesting performance, it's also his best.
Posted by Norma Desmond at 8:00 AM