Thoughts on Soderbergh (and other masters) 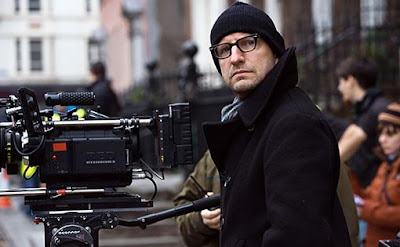 At what point should an artist call it a day on their career? Unless he has second thoughts, director Steven Soderbergh will go into retirement with the just released Side Effects and the Liberace biopic Behind the Candelabra, which will air on HBO later this year. Quentin Tarantino, meanwhile, has stated his intention to retire at 60 (which is just 10 short years from now, Tarantino fans). While the cessation of output from either filmmaker will be a loss to the cinematic landscape, there is definitely something to be said for getting out of the game before you fall out of step with the culture. Although many great filmmakers kept working right up to the end, few historically have been able to maintain the brilliance of their prime and end up bringing their careers to a close with work that, while maybe not bad, is subpar in comparison to their most vital work. On the other hand, some masters produce some of their best work towards the end. So how do you know when it’s time to call it quits?

There is a scene early in the recently released Hitchcock where the eponymous director, having just released North By Northwest, is met with the suggestion that the best is behind him and he’d do well to bow out. Now, had Hitchcock taken that suggestion, the world would have been deprived of Psycho, but it also would have been deprived of Topaz, Family Plot and Torn Curtain, none of which are bad films but none of which can hold a candle to even his mid-range films. If Hitchcock had gone out on North By Northwest or Psycho, he’d have gone out on an absolute masterpiece. Arguments can certainly be made for the greatness of post-Psycho films like The Birds, Marnie or Frenzy, but none of those are as defining a feature as Psycho, which continues to live on in pop culture over fifty years after its release.

Or consider Woody Allen, a filmmaker responsible for multiple masterpieces but whose new works are now treated with trepidation prior to their first screenings. Even Allen’s best films from the last decade - Midnight in Paris, Vicky Cristina Barcelona, Match Point - pale in comparison to his greatest works and seem like minor miracles in the midst of a series of disappointments. Imagine if he had retired after Husbands and Wives or Bullets Over Broadway or Sweet and Lowdown. He still would have had a few flops on his CV, but the failures would seem like anomalies, rather than the norm.

On the other hand, some filmmakers bounce back from fallow periods and end their careers with a series of great films. Robert Altman, for example, made several bona fide masterpieces in the 1970s, fell off the grid in the 1980s, hit and missed in the 1990s, but ended his career with three well-received films - Gosford Park, The Company, and A Prairie Home Companion. It is possible to lose the thread and find it again, for a filmmaker to experience a resurgence of that special something that made their early work so promising.

So, what to make of Soderbergh’s retirement? At just 50, he could still have many years, even decades, left to make films and it isn’t as if he’s “lost” anything as a filmmaker. He remains a dependably skilled filmmaker, often capable of surprising with the choices he makes. Yet, it’s difficult to argue that he has much left to accomplish as an artist. He’s been ridiculously prolific, amassing 35 directorial credits since 1985, 15 of which are feature length films made in just the last 10 years; and what’s more, he’s taken a lot of chances as a filmmaker. He’s tried his hand at all kinds of genres, made super mainstream movies like the Oceans series, and made more experimental fare like the free form Bubble, The Girlfriend Experience, the two-part epic Che, and The Good German, which was shot in the style of a studio-era noir. Not every experiment was successful, but even his failures can be described as “noble” ones. He tried things, played around with genre, and did interesting things with form, which is why it’s a shame to see him go, but his legacy is secure and his retirement is well-earned.

But, seriously, Tarantino, if you’re going to retire in 10 years, can you please spend the next decade making movies at the same prolific speed as Soderbergh?
Posted by Norma Desmond at 8:00 AM