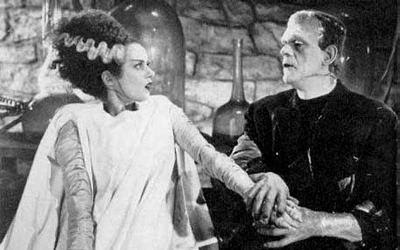 #5: Bride of Frankenstein
Okay, not a “romance” per say – in fact, after all the work Dr. Frankenstein goes through to bring her to life, the would-be Bride ultimately rejects the Monster – but James Whale’s follow-up to his original Frankenstein is definitely a great movie. 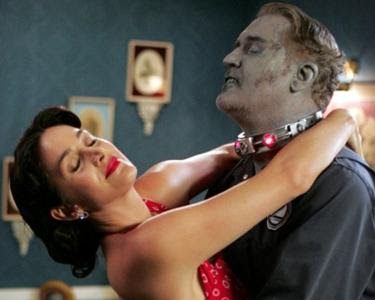 #4: Fido
There’s something very strange, and very nearly touching, about the nascent relationship between housewife Carrie-Anne Moss and the family’s pet zombie played by Billy Connolly. The film finds a way to “go there” without ever quite going there, giving the two characters a surprisingly sweet happy ending. 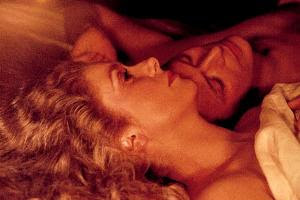 #3: The Hunger
Tony Scott’s sensual horror classic stars Catherine Deneuve as a vampire who promises her lovers eternal youth, though she can only actually provide them with eternal life, condemning them to an eternity of living death. But it’s a very glamorous living death so... that’s something. 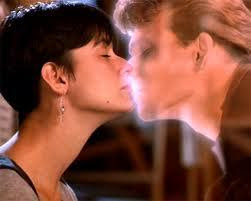 #2: Ghost
Yeah, technically he’s “dead dead,” but he certainly gets up to a number of hijinks. Plus there’s the whole possessing Whoopi Goldberg’s body to bring closure to his relationship thing. Ghost may not be a “great” movie in the traditional sense (though it did manage to score a Best Picture nomination), but it plays as wonderfully campy today. #1: Corpse Bride
Your typical Tim Burton-Johnny Depp-Helena Bonham Carter collaboration, but with a twist: it’s animated! This tale of a man who accidentally betroths himself to dead woman is beautifully rendered and surprisingly touching.
Posted by Norma Desmond at 8:00 AM

You mentioned Fido! Thanks for that! I found it on late at night on cable and just loved it, but haven't "met" anyone else who has even heard of it, let alone watched it.

Something about Ghost just makes me shudder. I never watch it now when it is on, but I love Corpse Bride.

I love Fido, it's a great little movie!