#5: The Informant!
A ridiculously underrated movie, in my opinion. Matt Damon delivers a brilliant performance as real life whistleblower/conman Mark Whitacre and the film itself is a perfectly executed comedy – which might be the problem. The film is so absurdly entertaining that it’s easy to miss just how well-crafted and good it really is. 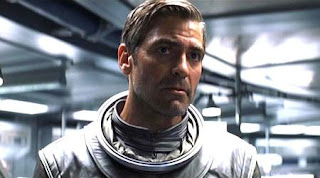 #4: Solaris
Remakes of foreign language films – particularly films considered masterpieces – are rarely well-received. Soderbergh’s Solaris isn’t really different in that respect, having been met with mixed reviews, but considered solely on its own terms, I think it has to be considered a success. It’s a meditative, psychological science fiction drama that plays with big ideas and stays true to itself right through to the end. 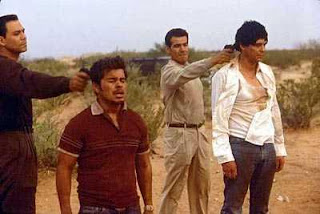 #3: Traffic
The film that won Soderbergh a Best Director Oscar, Traffic is a sprawling drama about the drug trade that does something all too rare: it explores a social issue without preaching about it. With a huge cast and multiple plot threads, the film easily juggles the demands of its story, creating a totally absorbing thriller that manages to remain gripping for the entirety of its 2 and a half hour running time. 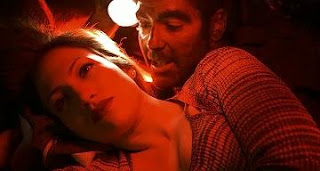 # 2: Out of Sight
A simply fantastic “cop and robber” story, starring Jennifer Lopez as a U.S. Marshal tracking down (and falling for) George Clooney’s bank robber/prison escapee. The film has a nice, sharp edge while still maintaining a cool atmosphere, and Soderbergh finds the perfect balance between the romantic plotline (playing it out as unsentimentally as possible) and the action sequences. 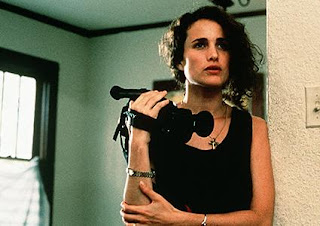 #1: Sex, Lies and Videotape
Soderbergh’s breakthrough movie remains his best. A twisted tale of, well, sex, lies and videotape centering on an unhappily and sexually dissatisfied couple whose marriage is undermined by the husband’s affair with his sister-in-law and by the arrival of a drifter who videotapes himself interviewing women about their sexual experiences, the film is so much more than it’s somewhat salacious sounding story. It’s pretty much a perfect piece of work in every respect.

King of the Hill continues to get no love ;). I liked the Informant a lot and thought it was very underrated. Love that 180 degree edit about halfway when he's talking about wearing different ties that changes the tone of the movie completely. That's film style at it's best. Great post.