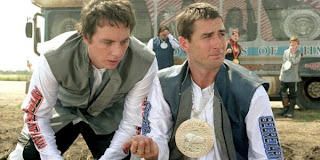 "Scary" because sometimes it seems like it could easily happen. It depicts a world in which idiots have out-bred the intelligent, resulting in an anti-intellectual society that can barely function and is covered in garbage and where a sports drink has replaced water both as a beverage and as a means of irrigating crops. Oh, and Luke Wilson is the smartest guy in the world. I mean, c'mon. 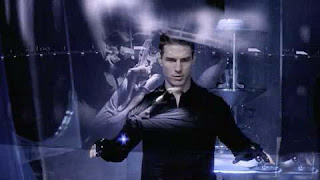 A world were "thoughts" can be crimes is a scary world indeed. The film itself stumbles just a little bit, but the premise (based on a short story by dystopian expert Philip K. Dick) is truly chilling. 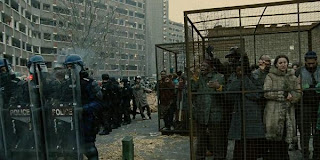 Infertility has swept the globe and the governments of the world have collapsed, save for that of Britain, which has adopted a brutal and oppresive stance of immigration. This is a world where refugees are kept in cages and shot without provocation and where the line between society and war zone has been completely obliterated. 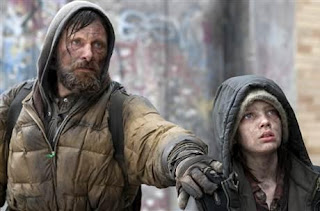 The Road is pretty much the most depressing movie ever made. Seriously, even just thinking about it kind of makes me want to give up on life. 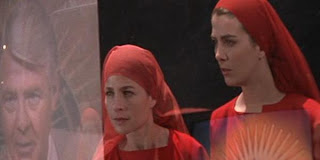 A world ruled by religious fundamentalists where women are second-class citizens whose only purpose is breeding and, consequently, whose bodies are the property of the government. Of course, something like that could never actually happen! It's not as if every day sees the proposal of new and absurdly disenfranchising legislation designed to reduce the amount of agency women have over their bodies. Oh, wait...
Posted by Norma Desmond at 8:00 AM