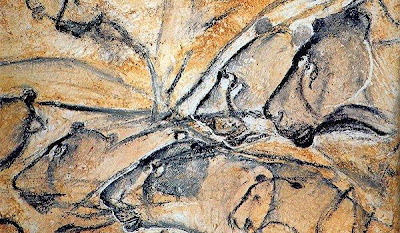 I hate 3D. Really, really hate it. Nine times out of ten, I think it's completely unnecessary and little more than a money grab. But then there's that tenth time, that film that makes you grateful that 3D technology exists. Werner Herzog's documentary Cave of Forgotten Dreams is one of those films, a spellbinding and thoroughly awe inspiring film about art and its capacity to bridge unfathomable temporal distances, drawing the echoes of the past into the present.

In 1994 in the Ardeche department of southern France, the Chauvet Cave (named after its first modern explorer) was discovered and, in it, the oldest known cave paintings in the world. Sealed for tens of thousands of years by a rock slide, the contents of the cave have been perfectly preserved, the paintings looking as if they have only just been completed, though dating techniques date them as about 32,000 years old. In order to protect this rarest of finds, the cave has been sealed once again and access to it limited primarily to scientists and art historians. Only with special permission from the French minister of culture was celebrated director/noted crazy mofo Werner Herzog allowed to enter the cave and even then under major restrictions.

Herzog was limited to three crew members and battery-powered handheld equipment that gave off no excess heat. They could not touch the cave's wall or floor and instead had to stay firmly on the 2 foot wide walkway that has been built along part of the cave, and they had only 24 hours (4 hours a day over the course of 6 days) in which to film in the cave. When they reach the end of the walkway, they're shown one of the cave's most intriguing sections, where a partial view of a painting suggests a vision of a chimerical figure. The painting, however, shows only the lower half of the figure while the rest of it remains (for now) a mystery, out of view of the walkway, which can get no closer because the ground is too precious, the integrity of the fossils embedded in it would be compromised by building the walkway any further. Elsewhere in the cave there are a series of handprints, and drawings of various animals that appear side-by-side but which carbon dating reveals were drawn about 5 thousand years apart.

The paintings display an astonishing level of sophistication, several designed to give the illusion of movement (an illusion which may have emphasized by the flickering torchlight that the artists would have been working with and which Herzog's lights attempt to emulate). In addition to the paintings, the cave also contains the fosselized remains of cave bears (there is also evidence of some form of ceremonial event having taken place involving cave bear skulls), and the preserved footprint of a child left approximately 27,000 years ago. In unfolding the contents of the cave for us Herzog manages to be both very direct, touching on the scientic explanations for how everything has been preserved, while still maintaining the natural sense of wonder that these finds inspire.

The 3D technology is used here to demonstrate how the artists worked with the shape of the cave's walls, folding their images around curves and using the natural bulges and contours of the rock to suggest the musculature of their subjects. Although I believe that the film would still be wholly compelling and fascinating in 2D, I really can't stress how much it should be seen in 3D if at all possible. Not only does it look beautiful but, given that the caves are kept under lock and key, it's the closest the majority of us will ever get to this amazing piece of our collective past. Rather than diminishing the artistry of the film, Cave of Forgotten Dreams' use of 3D brings the past to life in a remarkable and very moving way.
Posted by Norma Desmond at 8:00 AM

I'm with you, I hate, hate, hate 3-D. For me, 3-D is always tertiary to the narrative film, and just slapped on line an arbitrary money grabbing arm. Until this movie. I love Herzog in general, but wowza! And definitely the first and only movie I've seen where 3D was an enhancement.

With you all the way as I despise 3-D. It is a money grab and it annoys me no end going to a cinema and paying extra for something I don't like.
I have heard many good things about this and am awaiting its arrival here to NZ's shores.