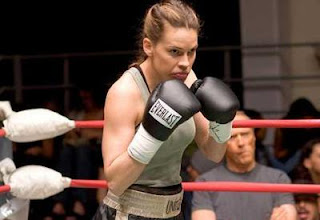 #5: Million Dollar Baby
Clint Eastwood's sports tragedy is pretty much the polar opposite of that other boxing Best Picture, the feel-good, sequel spawning Rocky. This character driven drama remains solid and compelling (and I don't care what anyone else says: I totally think Hilary Swank deserved that second Oscar). 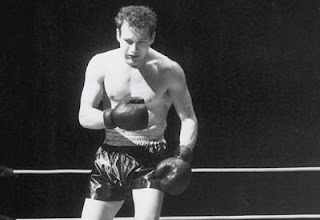 #4: Somebody Up There Likes Me
Rocky Graziano was originally supposed to be played by James Dean; instead it's one of the roles that helped make Paul Newman a star. This story of a scrapper who fights his way from the streets to the middleweight championship is one of the great sports movies of all time. 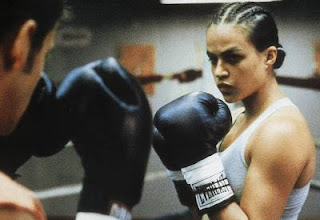 #3: Girlfight
Director Karyn Kusama hasn't had the best luck lately, her last two films being Jennifer's Body and AEon Flux, but at least she can take comfort in the fact that her debut was so well-received. With a great performance by Michelle Rodriguez at its centre, Girlfight is a definite must see. 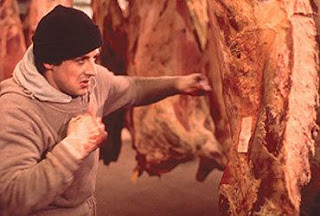 #2: Rocky
A film can't inspire a million sequels without tapping into something that truly speaks to audiences. The original (and best) Rocky came out in 1976, the most recent entry came out in 2006. I think it's safe to say that given that its story has carried on for 30 years, there's something to it that is ultimately timeless. 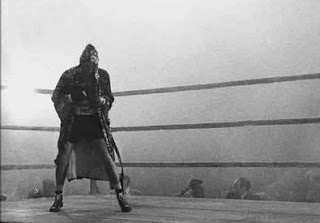 #1: Raging Bull
This Martin Scorsese-Robert De Niro collaboration is, quite simply, a masterpiece. This visceral, vicious film does not pull any punches and De Niro's performance is astounding.

I can't imagine a list like this with no mention of The Set-Up (also directed by Robert Wise, like your #4). One of the best boxing movies, and a great noir as well. Short, punchy (get it?) and direct.

I also like Michael Mann's underrated Ali, although less for its boxing (which is very fluid and enjoyable) than for its scene-setting and moody visuals. It's imperfect and uneven, but has some amazing sequences, including a damn-near-flawless opening 20-30 minutes.

Got to thinking about great boxing movies last night after watching THE FIGHTER. It's a fantastic movie, but its boxing sequences aren't amoung the greats.

Count me as a believer in ALI as well, and likewise in CINDERELLA MAN.

That said, I couldn't possibly argue with RAGING BULL at number one...of of the greatest films of all time, and the best boxing movie ever.

As well as "The Set-Up," I might suggest "Champion" (1949) with Kirk Douglas, "Body and Soul" (1947) with John Garfield, and one I saw recently that surprised me with the effectiveness of its boxing scenes (although director Raoul Walsh did specialize in action pictures), "Gentleman Jim" (1942) with Errol Flynn. I thought these were all quite good movies with excellently staged and edited fight sequences, and some were clearly influences on your #1 choice--understandable since Scorsese is an expert on movies of the 40s.

@Ed Howard: I've never seen The Set-Up - guess I better add it to the list!

@The Mad Hatter: I'm planning to see The Fighter this weekend, that's what got me thinking about boxing movies.

@R.D. Finch: Thanks for the recommendations!