The Best Actor category is one of the original Oscar categories and since then has honored some of the best leading men ever to grace the screen. Nine men have won Best Actor twice - two of whom, Spencer Tracy and Tom Hanks, have won back to back. Unlike the Best Actress category, which historically favours younger actresses and first time nominees, Best Actor tends to favor older actors who have a nomination or two under the belts already. 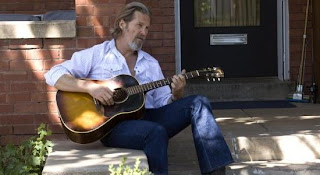 Jeff Bridges, Crazy Heart: This is the 5th nomination for Bridges, who has already won the Golden Globe (Drama), SAG, Critics Choice, and Los Angeles Film Critics Awards for his work in Crazy Heart. 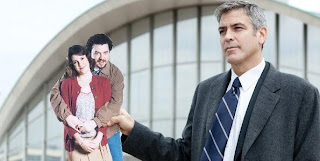 George Clooney, Up In The Air: The early frontrunner, at least until Bridges cam along to rain on his parade. This is Clooney's 3rd acting nomination and he has won once as Supporting Actor for Syrianna. His work in Up In The Air has received nominations from the Golden Globes, BAFTA, SAG, and Critics Choice, and won the Dallas-Fort Worth Film Critics, Florida Film Critics, National Board of Review, and New York Film Critics Circle Awards.

Colin Firth, A Single Man: This is the 1st Oscar nomination for Firth, who was also nominated for the Golden Globe, SAG and Critics Choice Awards, and won the Austin Film Critics, San Diego Film Critics, and San Fransisco Film Critics Awards.

Morgan Freeman, Invictus: I think it's safe to say that Freeman as Nelson Mandela probably could have gotten a nomination even if it had somehow shown up in a Transporter movie. It's math people: beloved film icon + beloved political icon = a nomination you don't have to think about. This is Freeman's 5th nomination and he won previously as Supporting Actor for Million Dollar Baby. He also has nominations from SAG, the Golden Globes, and the Critics Choice. 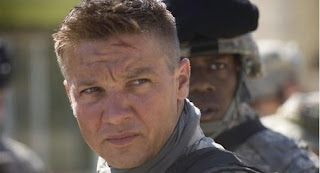 Jeremy Renner, The Hurt Locker: The dark horse contender. Renner missed out on a Golden Globe nod, but has nominations from BAFTA, SAG and the Critics Choice, and won the Boston Film Critics, Las Vegas Film Critics and Chicago Film Critics Awards.

I'm actually pretty cool with Jeff Bridges being the presumptive front runner in the category, because despite the fact it'll likely on be a "he's earned it over years of work rather than one film" win, I think he has actually earned it. I just stare blankly at people who make that argument for Bullock. She's a solid romantic comedy lead, but... really?

As far as Bridges goes, I've never seen him give a bad performance. I haven't seen Crazy Heart but I have no trouble believing he's earned it.

As far as Bullock goes, I agree that she doesn't have that kind of pedigree. But she seems to be pretty well liked in the industry, which I think is giving her an edge.