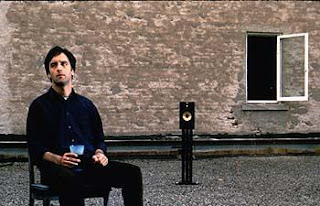 How do you know this is a Canadian film? Well, for one thing, there aren’t any characters running around, trying to defeat the insurmountable threat. For another, look at the scene where Sandra (Oh) goes to the supermarket to pick a bottle of wine. The store is a mess, having already been looted and ransacked but she finds two bottles. She considers both then, deciding on one, puts the other back on the shelf.

Most apocalypse movies are about the threat (the asteroid in Armageddon is far and away more interesting that any of the film’s characters), but this is about how people cope with the knowledge that the threat is imminent and can’t be stopped. The film doesn’t explain to us why the world is going to end – the narrative starts after everyone in the film already knows about it, has panicked over it, and has ultimately begun to make peace with the knowledge. This isn’t a film that explores what the end of the world will be like as much as it explores the things we value as human beings, the traditions and experiences that we wish to hold on to even when we know it’s pointless. A woman makes Christmas dinner for her family, even though it isn’t Christmas, because they’ll never experience it again. A DJ counts down his top 500 songs of all time (“Don’t bother calling in. This time it’s my choice”). A woman runs through the streets, keeping time for anyone who will listen. Craig (Rennie) is going to have as much sex as he can with as many people as he can. Sandra wants to be in love. And Patrick (McKellar) seems to wander from one person’s last night to another.

This is a film full of small, poignant moments. Sandra and Patrick, whom circumstances have essentially stuck together, try to know each other and make whatever relationship they can create matter for whatever time is left. Sandra has spent the day trying to get across town to be with her husband, but as it becomes increasingly apparent that she won’t make it on time, she begins to focus her attention on Patrick. She cautions him to hurry up and make her fall in love with him. To face the end without someone you love, and who loves you, seems tragic. They make the best of it and, when the end does come, they face it kissing each other.

The scenes of the Christmas dinner are the ones that have always stuck with me. Patrick and his sister (Polley) are given as presents the toys they cherished most as children. Later, one character begins to lament on behalf of the children of the world, who are going to miss out on so much. Another replies that she shouldn’t feel bad for the children – they don’t know what they’re missing. It’s the older people, those who know all that is about to be lost and swept away, for whom she should feel sorry.

The film finds a nice balance between drama and comedy, with most of the comedy surrounding the character Craig. Patrick goes to Craig to borrow one of his cars so that Sandra can get across town. Craig refuses because his cars are antique, still clinging apparently to the idea that life goes on even though he’s been engaging in an end of the world marathon of sex. After refusing the car, he offers Patrick a chance to be his gay experience. When Patrick expresses reluctance, Craig tries to reassure him by explaining that he’s already had anal sex so it could come in some other variety. There is sadness in Craig’s scenes, but for the most part they add levity to the film.

To really appreciate this film, you must know that it was made and released as the millennium loomed over our heads. It might seem silly now, but at the time there was a sense of unease about what would happen when the clock struck twelve and ushered in the year 2000. The more extreme end saw people readying bunkers and preparing for nothing short of the complete breakdown of civilized society. Of course, nothing happened. The clock struck, one millennium passed and another began and life went on. The film itself isn’t about the millennium, but it is very much about how we feared it and what we were afraid might happen at midnight. In the film, the clock strikes. “It’s over,” declares the marathon woman and then… fade to light.

Posted by Norma Desmond at 6:41 PM