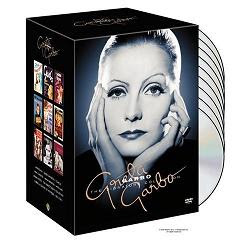 I recently bought the Greta Garbo Signature Collection which, unlike many "signature" collections out there (which seem to be comprised of 50% movies you want, 25% movies you don't want, and 25% movies you've never heard of) actually seems fairly representative of her work and her image. I've been enjoying the collection so much that I've decided to dedicate the next 11 days to looking at the 11 films included in the collection: three silents, the pre-code films which helped establish her as a star who could continue into the sound age, the films made towards the end of her film career for which she is perhaps best known, and a documentary feature produced by Turner Classic Movies.

Starting tomorrow with The Temptress and ending on December 6th with Garbo, with some Queen Christina, Camille and Ninotchka in between.