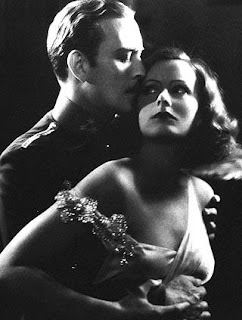 The Mysterious Lady is a film that is perhaps best left a mystery. Thin on plot and characterization and heavy on melodrama, the only real reason to watch this is to look at Garbo. She’s absolutely luminous in this film, clearly more comfortable than she was in her previous collaboration with Niblo (The Temptress), and settled into the “Garbo” screen persona.

The plot, such as it is, features Garbo as Tania, a Russian spy in Vienna who seduces Captain Karl von Raden (Nagel) in order to get documents detailing military plans and give them to her superior/lover General Alexandroff (Seyffertitz), but problems arise when Tania falls in love with von Raden. This is a very standard and predictable plot, although there are some good moments hidden in here. The sequence of Tania and von Raden spending a day in the park is well done, and so is the scene where von Raden confronts Tania on the train and she goes from loving to loathing him. Overall, it’s the story that’s the problem, and not the direction. Niblo does an excellent job at establishing Tania as someone who is not to be taken at face value: we see her first at the theater, where von Raden spends the entire show looking at her. She’s framed here as the performer, someone putting on an act. Later, she takes von Raden home and sings for him – again, she’s performing. When her worlds finally collide and she, von Raden and General Alexandroff all occupy the same room, we’re not quite sure (at first) which of her lovers she’s playing. Garbo does a good job balancing what is essentially a dual role, part romantic heroine, part villain. The other actors don’t fare quite as well. Nagel is adequate in a thankless role and Seyffertitz makes a really lacklustre villain (I was never particularly worried for Tania’s sake because General Alexandroff never seemed sincerely menacing).

There were two things that I found particularly interesting about the film. The first is that Garbo gets a happy ending despite the fact that she plays a woman who uses sex for the sake of villainy and despite the fact that she kills someone. Even in films made today female characters who engage in either activity are usually punished by the narrative, and it was certainly true of films made during the 1920s, and the films Garbo had made up until Mysterious Lady. The second thing is that von Raden, who is basically a sap and kind of wimpy, is never redeemed through heroism at the end. It’s Tania who saves him by killing Alexandroff, when in a conventional narrative it would be von Raden who would kill him in order to free Tania of his clutches. It’s perhaps the saving feature of this film that the female protagonist is so active.

There really isn’t anything else to say about this film except to reiterate how good Garbo looks in it. She’s absolutely stunning in here, frame after frame.

Posted by Norma Desmond at 5:53 PM