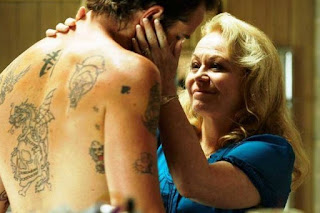 #40: Animal Kingdom (2010)
Ben Michod's crime drama begins with startling scene that is effective precisely for how low-key it is and then slow burns its way from there, proceeding at a very deliberate pace where the momentum of the story matches the level of awareness of the character at the center of it. The opening stretch of the film matches his detachment and isolation, while the later parts shift to match his growing sense of agency and active participation in what's going on around him as he grows aware of exactly why his mother chose to raise him cut off from her family, which is full of criminals of varying levels of ruthlessness. The most ruthless is the seemingly sweet matriarch played by Jacki Weaver in the performance that earned her an Oscar nomination and launched her into Hollywood crossover success. In this carefully etched portrait of dysfunction and brutality where everyone is reduced to the animal principle of eat or be eaten, she holds court as the kingdom's Queen. 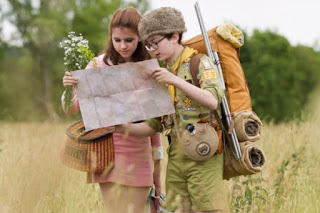 #39: Moonrise Kingdom (2012)
Set in the summer of 1965 on a small island in New England, Moonrise Kingdom charts the adventures of a pair of intensely romantic pre-teens. Both misunderstood and outcast, they find each other and believe that they are all they need to get by in the world, running off together with little more than his knowledge as a Khaki Scout and some things that he's purloined from camp and her suitcase full of books. In telling this story, filmmaker Wes Anderson captures the elusive quality of that period of time growing up when someone isn't quite a child anymore but hasn't quite become an adolescent yet either, so even things that seem overtly sexual are rendered innocent by the kids' lack of understanding about what they'e doing. Funny and melancholy in equal measure, this delightfully deadpan movie perfectly blends sincerity and gravitas in the performances with Anderson's ironic style, making it sweet without being saccharine, whimsical without being twee, and resonantly beautiful. 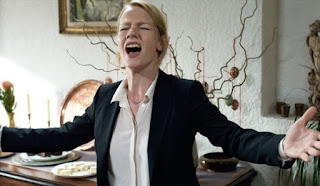 #38: Toni Erdmann (2016)
How does one begin to describe this incredibly bizarre, outrageously entertaining movie? It's about a lonely man who doesn't know how to connect with people except by trying to make them laugh, and who struggles to maintain a relationship with his uptight daughter. It's about a woman whose life is full of stress and whose father's frequent ambush attempts to get her to lighten up just put her more on edge. It's about that same woman's ambition to succeed in her male-dominated profession even as she feels isolated and frustrated by the endless procession of sexist bullshit she has to navigate in virtually every professional interaction she has. It could be said that it's about a woman living with depression (the word is never uttered, but at certain points it seems like the most accurate way to describe her). It is, despite these very heavy things, a comedy that reaches absurd, hysterical heights, and which is so carefully, precisely constructed that the further you get, the more each scene begins to brim with the anticipation that something outrageous is about to happen. Toni Erdmann is a marvel and writer/director Maren Ade is a filmmaker of uncommon skill. 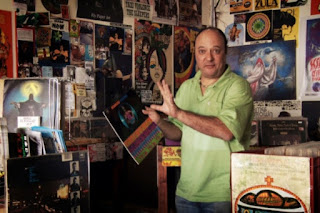 #37: Searching For Sugar Man (2012)
Does the degree of absolute truth in the story presented by Malik Bendjelloul in Searching for Sugar Man really matter? To some, a film that presents itself as a documentary while fudging certain details loses all credibility. But we're not talking about an expose that uncovers some kind of corruption, something that could change people's lives, here; we're talking about a story about a musician that fans think of in mythological terms. It's true enough, I think, especially when you consider how much of it is devoted to the mythology itself, setting itself up like a detective story determined to run down the various rumors about the man known only as Rodriguez. The story told by Searching for Sugar Man is a great one and Bendjelloul tells it very well, weaving together truth and "truth" to form a deeply engrossing narrative punctuated with a lot of visual flair and a great soundtrack. It's entertaining as hell and one of the great gems of the last ten years. 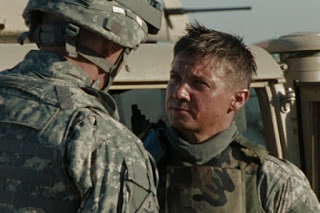 #36: The Hurt Locker (2009)
The Hurt Locker is less about war than it is about men with a job to do. It's about the ordinariness of life and death in a war zone, about the waiting around for something to happen, the anticipation of an already tense situation escalating until it's completely out of control, and the psychological toll that all of this takes on the soldiers in question. It's about men who bury their feelings and throw themselves into their work because it's the thing that makes sense to them and about one man, in particular, who feels so powerless on the domestic front that he retreats back to war because he feels like the situations that he encounters there are more under his control. The choices he faces at work are simple: live or die; the choices he faces at home are endless and his relationship with his wife is like a bomb that he has no clue how to disarm. Movies about men at war have existed for as long as the movies themselves and have been produced in such numbers the exceptional ones are far outnumbered by the merely competent ones. The Hurt Locker is one of the exceptional ones, a masterfully made and unfolded drama. 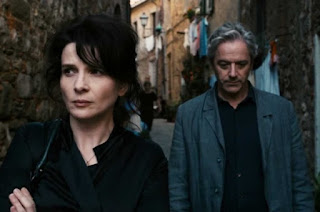 #35: Certified Copy (2011)
Part of the fun of Certified Copy is that you're never entirely sure where you stand in it because director Abbass Kiarostami is constantly deconstructing the premise and then reconstructing it in a different form. Built around two characters played by Juliette Binoche and William Shimell, who may be strangers who have just met and at one point start pretending to be a couple, or may be a couple who have been married for some time and start off the film by pretending they've just met, and may in fact be both with Kiarostami shifting between ideas from one scene to another, it's a film that has ambiguity built into its core. Its tone is as difficult to pin down as its narrative, sometimes feeling like a searing drama of marital discord and sometimes feeling like a comedy, but it somehow never feels unbalanced. There is never a moment when it doesn't feel as though Kiarostami is in complete control and the end result is a film that is utterly fascinating and wonderfully rendered. 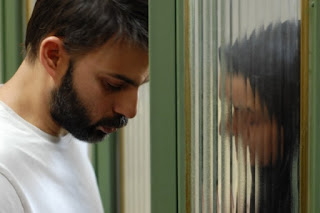 #34: A Separation (2011)
Asghar Farhadi's domestic drama begins with a relatively simple problem and then proceeds to build layer upon layer upon layer of complication onto it. It does this without ever drifting into melodrama and without making this a story of good and bad, right and wrong, hero and villain. It's about people, none of them bad and none of them wishing bad on anyone, but all of them with individual needs and desires that come into conflict with the needs and desires of the other characters, and the film builds itself methodically, each scene offering a new level of complexity and moral ambiguity. Farhadi unfolds this story - which centers around a couple trying to obtain a divorce, each possessing a sound reason why they cannot make the compromise the other would require for them to stay together - with grace and nuance, transcending the specific political context of the story to find the elements that are universally human. 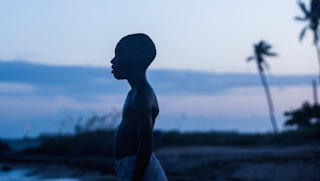 #33: Moonlight (2016)
It's hard to love yourself when you can only consider your identity in the negative. The protagonist of Moonlight, viewed at three different stages of his life, has no language with which he can articulate and understand himself and so he can only understand himself according to what he's been told he shouldn't be, what it's unacceptable to be, and what it's dangerous to be. Directed by Barry Jenkins, Moonlight is a poignant exploration of how the elements of the protagonist's identity - his race, his class, his sexuality - seem to work against each other to deny him any place in society and any peace of mind or happiness, and how this feeling of displacement causes him to retreat inside of himself and bury those things that he feels he can't say out loud. A beautifully told story defined by its restraint, Moonlight is a film full of great performances that never hits a false note. 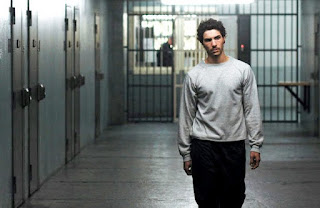 #32: A Prophet (2009)
Jacques Audiard's gritty drama is about a young man who goes to prison and emerges years later not as a man reformed, but as a man who has learned how to be a better and more dangerous criminal. It is not a work that glamorizes the criminal life (though the ending does have a touch of that Goodfellas swagger that accompanies Henry Hill's declaration that he always wanted to be a gangster), but an indictment of both the criminal justice system and the society that marginalizes the poor and vulnerable and leaves criminal enterprise as the only avenue for escape from poverty. Told in chapter form, the story watches as the protagonist matures from an impulsive hot-head who is completely alone in the world to a sophisticated and well-connected criminal capable of incredible violence and the Machiavellian machinations which allow him to usurp power from the people who once wielded it against him. A Prophet is a brutal but brilliant drama. 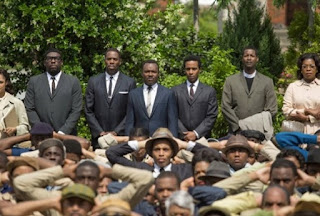 #31: Selma (2014)
One of the most bizarrely underrated movies of the last decade, Ava DuVernay's take on the marches from Selma to Montgomery is a bracing and powerful film that manages to be passionate where so many historical/biographical films are merely reverent but dryly academic. Without ever fetishizing it, Selma viscerally depicts the violence of white supremacy, and celebrates the endurance and sacrifice of those brave enough to stand up against injustice. Built around a great performance from David Oyelowo as Dr. Martin Luther King, Jr., which finds the flawed and very human man behind the larger than life myth, Selma is a stirring movie about a community of people living without the benefit of institutional power who were able to effect change and drag the political powers that be to the passage of the Voting Rings Act. Selma is not just a film about an important subject; it's a masterpiece of narrative and style that is an important work in and of itself.
Posted by Norma Desmond at 8:00 AM