Now that I've counted down my favorites of the year, I thought I'd give some love to the films, performances, and scenes that made my long list but just missed the cut for the final lists. All entries are listed alphabetically. 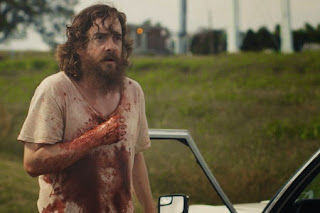 The Revenge, Blue Ruin
In Blue Ruin Macon Blair plays a gentle but deeply troubled man who lives on the fringes of society and is haunted by the past. When he learns that the man who murdered his parents is about to be released from prison, it becomes apparent that he has spent years plotting to get vengeance... which doesn't make him any better at pulling it off. Though he tries to emulate the typical everyman movie hero, the fact that he manages to complete his kill is more a matter of luck than it is of skill, as this wonderfully tense scene demonstrates. 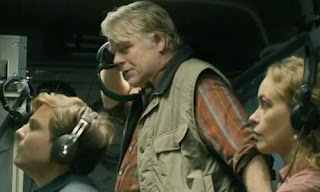 Final Scene, A Most Wanted Man
You can argue that the closing scene of A Most Wanted Man would be sad no matter what, given Philip Seymour Hoffman's untimely death, but even without that outside event, the scene would hit an emotional note. Hoffman's character in the film is a man without illusions, someone who has seen it all and someone who has knows the aching feeling of defeat that comes along with trying to do something that will make a difference only to get shut down. Cynical as he's become, as the film heads into its final scene he's allowed himself to believe that this time it's going to happen, only to have the rug pulled out from under him. It's a brutally depressing scene, but one that works wonderfully within the context of the story. 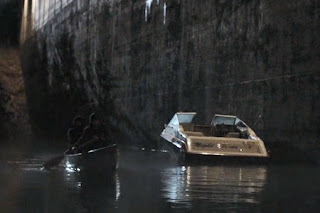 Bombing the Dam, Night Moves
Though director Kelly Reichardt doesn't show the dam actually blowing up, she doesn't really need to given how much mileage she gets out of the lead up to it. Having already had to contend with not having all the supplies they were counting on, the three eco-terrorists set out in a boat and make it up to the dam to plant their explosive and set the clock. As they're making their escape, a car pulls up and stops on the road above the lake and as the length of time that they're forced to wait grows, they decide to disable the bomb. But the supposed expert can't figure out how to do it and the clock is ticking - either they stay in the shadows and blow up with the dam, or head towards shore and expose themselves. It's an incredibly tense and adrenaline filled scene in what is otherwise a whisper quiet film. 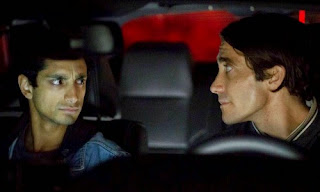 Riz Ahmed, Nightcrawler
Jake Gyllenhaal and Rene Russo do the heavy lifting in Nightcrawler, but Riz Ahmed brings something essential to the piece as well. As Gyllenhaal's perpetually bewildered assistant, Ahmed provides him with an undiscerning sounding board for his wildly incongruous motivational speech. In his absence, Gyllenhaal's character would seem unbelievable, someone so intensely weird and alienating that you couldn't buy the notion that he could get his foot in the door anywhere; but Ahmed's presence, and his dim acceptance that because Gyllenhaal has such confidence, he must be right, is a reminder that conmen succeed because there's a sucker born every minute. 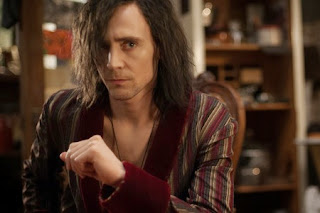 Tom Hiddleston, Only Lovers Left Alive
While Tilda Swinton's ethereal cool is a thing to behold, it's Tom Hiddleston's brood and gloom that really makes Only Lovers Left Alive. As a vampire musician who fears that the world has been ruined beyond repair by the humans who inhabit it, Hiddleston brings a touch of comedy to the piece through his eternally grumpy character. Whether theatrically rolling his eyes at or otherwise behaving in conspicuously inhospitable fashion towards an unwanted visitor, or engaging in dry, passive aggressive exchanges with the doctor who supplies him with blood, Hiddleston brings levity to the film by being sulky. I've never really been sold on Hiddleston as an actor before this, but he was my favorite part of this particular movie. 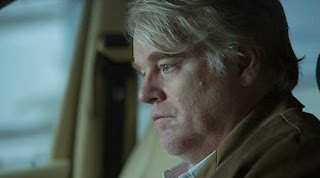 Philip Seymour Hoffman, A Most Wanted Man
Philip Seymour Hoffman had the ability to make pretty much any character work, but that should take nothing away from his performance in A Most Wanted Man. As a German spy heading up a secret counterterrorism agency, he's the cold, detached guiding hand who slowly, and against his experience and better judgment, finds himself warming to the people who have been caught in the agency's net. Hoffman doesn't just bring gravitas and weariness to the performance, he wears them like anchors, moving as though the past is always dragging him back. It's a terrific performance. 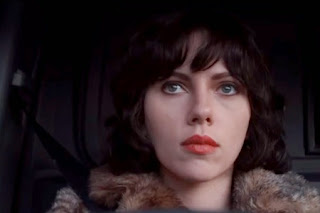 Scarlett Johansson, Under the Skin
As a performer, Scarlett Johansson sometimes tends to drift towards the robotic. In Under the Skin that cold detachment fits the character, but that doesn't mean that the performance is lacking in skill. The way that she seems distinctly inhuman, unfamiliar with the body that she's inhabiting or with how to engage with the world in a normal way, the way that she appears to shut down and reboot when she finishes a conversation with someone, are keys to the success of Under the Skin and a large part of the reason why it has such a creepy, unshakable staying power. 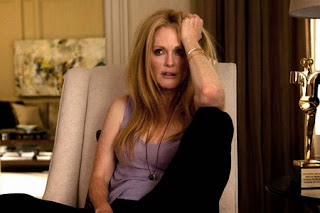 Julianne Moore, Maps to the Stars
I didn't get a chance to see Still Alice, the film for which Julianne Moore is projected to get an Oscar nomination, but I found plenty to love in Moore's performance in Maps to the Stars. Playing a petulant, maturity-stunted movie star of "a certain age" who is desperate to hold on to her fading stardom even as her personal demons (and ghosts) undermine her sanity, she's fantastic. Moore goes for broke in the role, making her character as gleefully nasty as she is damaged, and turning in one of the more memorable actor-playing-an-actor performances in film history. 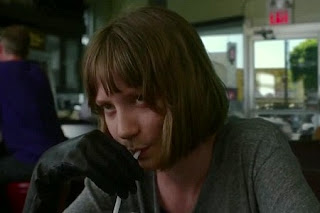 Mia Wasikowska, Tracks, Only Lovers Left Alive, Maps to the Stars
Mia Wasikowska turned in three great performances in 2014 (it might actually have been 4, but I haven't seen The Double). The problem is that I couldn't decide which one I liked best. Is it the mooching, impulsive, house guest from hell of Only Lovers Left Alive? The damaged outcast of Maps to the Stars? Or the woman just seeking some space of her own and some quiet in Tracks? All three performances have their distinct strengths and show that Wasikowska is one of the best and most versatile actresses of her generation. 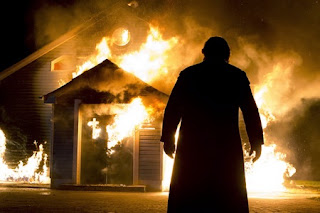 Calvary
I'm not a religious person, but I still found plenty to connect with in Calvary, John Michael McDonagh's tale of a priest marked to die for the sins of the Catholic Church. Built around an amazing performance from Brendan Gleeson as the priest, Calvary is a rich and moving film that, despite the seriousness of its subject matter, makes a little room for comedy in the telling of its story. It also manages to treat the subject of faith and religion seriously without becoming heavy handed, and that alone feels like reason enough to give it kudos. 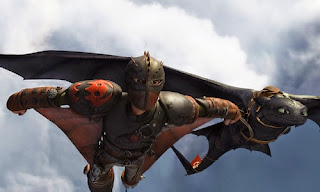 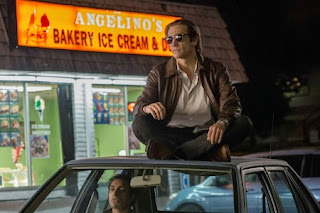 Nightcrawler
Nightcrawler is a slick and assured feature debut from writer/director Dan Gilroy. Centering on a con artist and sociopath who accidentally finds a means to worm his way into mainstream success, the film may sometimes be a bit on point in its criticism of media culture, but it's still a thrilling ride with plenty of technical and narrative strengths, and features some of the sharpest and best performances of the year.
Posted by Norma Desmond at 12:00 PM