#10: The Vivisection, Looper
Looper’s time bending story doesn’t necessarily hold up to scrutiny (not that that makes it any less enjoyable as a film), but writer/director Rian Johnson certainly does a lot with the premise. In this scene in particular, in which protagonist Joe’s friend, Seth, faces the consequences of failing to close his own loop, he takes the time travel premise to what is arguably its limit. As future Seth makes a run for it, trying to escape a fate which is inevitable, his present self is captured by the mob and vivisected, which in turn results in devastating changes to future Seth’s body right before his eyes. By the time future Seth turns himself in to the mob, there’s almost nothing left of him, but the sequence itself is brutal, brilliant and memorable. 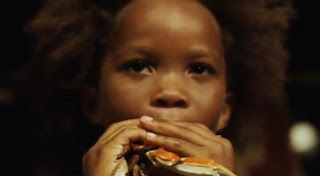 #9: Beast It!, Beasts of the Southern Wild
It would be incorrect to call Beasts of the Southern Wild a celebration of poverty, but it is a film that is about finding happiness in dire circumstances. Hushpuppy, her father, and their neighbors in the Bathtub don’t have much to begin with, and after the waters rise they have even less. Still, they are not without the capacity for joy or pride in who they are and how they live. The residents of the Bathtub survive because of their sense of community and in this scene that feeling is nurtured in Hushpuppy by their encouragement for her to “beast it,” to turn away from the ways of the world beyond the Bathtub, embrace who she is, and refuse to let people on the outside dictate what is “right” and “wrong” for her. Beasts is full of extraordinary scenes and images, but this one is the most vital.

#8: The Plane Crash, Flight
This is one of the most visceral film scenes of 2012. It’s a terrifying ride as it intercuts between the passengers and flight attendants – two of whom end up out of their seats as they attempt to help passengers and end up being killed in the process, one in a bone crushing, sickening moment – and the cockpit, where pilot Whip Whitaker has to think on his feet and comes up with the only plan crazy enough to work, turning the plane upside down in order to level it out. From the first bone chilling moments, to that shot of the plane clipping the church as it crash lands, this is an absolutely unforgettable scene. 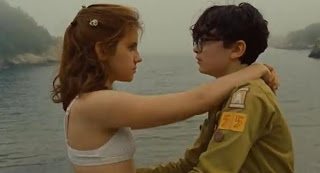 #7: The Beach, Moonrise Kingdom
Sam and Suzy, the two heroes of Moonrise Kingdom, are stuck in that period between childhood and adolescence, a strange way station age that bridges two major phases in a person’s life. They are still young enough that they have an idealistic, storybook outlook on life, but old enough that their burgeoning sexuality is beginning to announce itself. This scene is where the two phases overlap with each other, as Sam and Suzy dance on the beach and childish enthusiasm gives way to sexual exploration and discovery, with all the awkwardness that that entails. There’s a sense in this scene of one thing ending and another beginning – a sense underlined by the fact that these are the last moments of peace that Sam and Suzy have before the world finally breaks in on their fantasy. 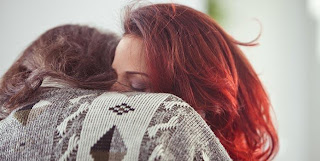 #6: The Reunion, Laurence Anyways
Laurence Anyways sometimes gives into self-indulgent messiness, but when it works it works extremely well. This scene, in which former lovers Laurence and Fred reunite after several years apart – and now that Laurence has progressed further in her transition from male to female – is the best executed, and most affecting, scene in the entire film. Though both have changed, the love and attraction they once felt for each other remains as strong as ever. This scene says so much, showing the couple that they once were and subtly acknowledging what will inevitably drive them apart again. From the tense first moments, to the passionate embrace, to the shift to a more tentative kind of passion, it is a beautifully played scene on every level.

#5: Schultz's Last Stand, Django Unchained
If there is any one moment that can be said to sum up Django Unchained, I would argue that it is this one, when Dr. King Schultz decides that he just can’t take it anymore. As Django nears its end, and Schultz has come face-to-face with many horrors of slavery and the astonishing lack of humanity of slave owners in general, and Calvin Candie in particular, it becomes too much for him to bear in silence and inaction. When he finally puts a bullet in Candie, he does so knowing that his fate is sealed and he won’t leave Candieland alive. But, as he explains to Django, he just couldn’t help himself. The thought of that man taking another breath was unbearable to him and he’ll sacrifice himself (and others, it should be noted) in order to rid the earth of Candie and his relentless brutality. 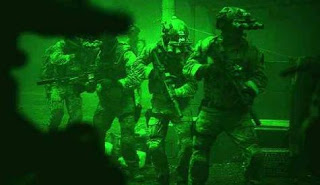 #4: The Raid on Bin Laden’s Compound, Zero Dark Thirty
In a film that is tight from beginning to end, this is the most intense and taut sequence. Working with less evidence than they’d like, and mostly on the hunch of a CIA agent obsessed with finding Bin Laden, the Navy Seals are sent to breach the compound and everyone involved knows that if it fails, the consequences will be disastrous. The sequence that unfolds is methodical, brutal and totally riveting, as the Seals make their way through the compound and take out their target while the neighborhood around the compound becomes increasingly aware of the American presence, and the Pakistani government moves to send in its own troops. Regardless of where you fall in the debate over Zero Dark Thirty, you can’t deny that Kathryn Bigelow directs the living hell out of this sequence. 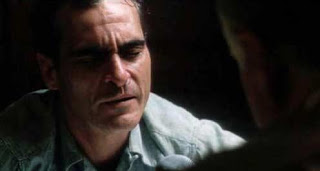 #3: The Processing Scene, The Master
It’s all fun and games for Freddie Quell until he comes under the spell of charismatic, vaguely menacing, cult leader Lancaster Dodd. This scene, in which Dodd breaks down Quell’s defenses and worms his way into his psyche, is the best in the film. Watching Joaquin Phoenix and Philip Seymour Hoffman play against each other is like watching an acting master class, as two forces (one animal/physical, the other human/intellectual) battle for dominance. Stripping away what little resistance there is in the lost soul that is Quell, Dodd becomes the master – at least temporarily. 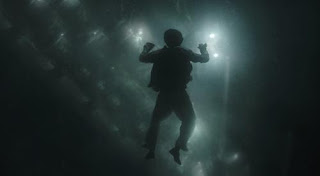 #2: The Sinking of the Ship, Life of Pi
I didn’t see Life of Pi in 3D, but even without the increased depth of field this scene was amazing and intense. The technical aspects of the sequence are superb but what sets it apart is the way that it connects with genuine human emotion. Pi’s desperation as he tries to get through the rising water to his family, and later his relief when he thinks another person is making a break for the life boat, and the ghostly image of the ship with all its lights on sinking to the murky depths of the ocean all combine to help give the film the solid emotional base on which it builds its fantastical story. 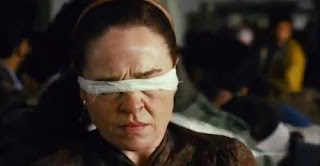 #1: The Storming of the Embassy, Argo
This is a perfectly executed sequence which allows the film to start off at a high point of tension, immediately investing the audience in the plight of the characters. As the mob outside grows angrier and more determined, those inside the American Embassy struggle over what to do. Documents and equipment need to be destroyed, security forces toy with the idea of opening fire, and in the back of everyone’s mind is the need to find a way out. It’s the inevitability of the Embassy being taken, the sense of the walls closing in bit by bit, and, finally, the terrified resignation of the Embassy employees that makes this sequence so powerful.
Posted by Norma Desmond at 8:00 AM