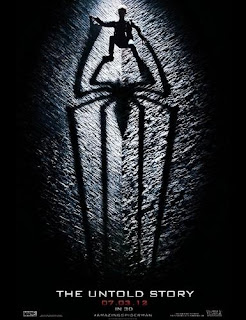 #10: The Amazing Spider-Man
Laying aside questions about the necessity of the franchise’s reboot (and ignoring the absolute lie of the poster’s tagline), this poster for The Amazing Spider-Man is just about perfect. The design is simple but also evocative, nicely teasing the story and suggesting a somewhat darker tone than the previous series. 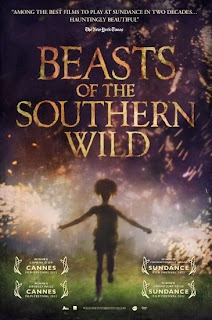 #9: Beasts of the Southern Wild
One of the key images of Beasts of the Southern Wild is Hushpuppy running with sparklers in her hands. It’s an image which suggests the fiery personality of the story’s protagonist, her happiness in her milieu, and the beauty to be found within the story’s impoverished setting. It’s an image which evokes the film’s fantasy qualities, making it seem like a fairytale. 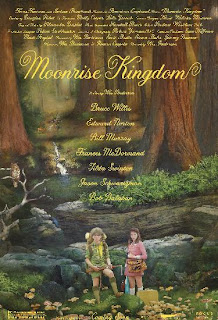 #8: Moonrise Kingdom
There’s a particular look to a Wes Anderson film. It’s like folksy earnestness mixed with a very affectionate kind of irony. This poster is great because it so perfectly captures the feeling of a Wes Anderson film and because it foregrounds the pre-adolescent fantasy that drives the story, that of two crazy kids who decide that they must leave everything and everyone behind and head out into the wild to start over on their own. 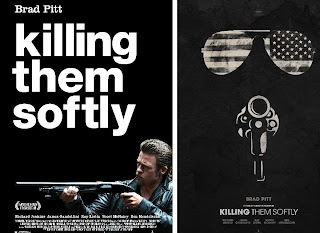 #7 & 6: Killing Them Softly
Brutal and unfussy, these simple, sleek posters for Killing Them Softly get the job done. The poster on the right, in particular, suggests the mix of violence and politics that the film is playing with, portraying them as inextricably linked. Violence is the American Dream in this image – you can’t have one without the other. 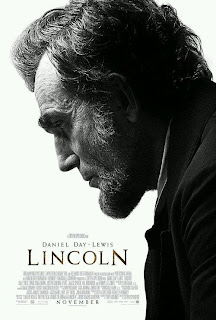 #5: Lincoln
It’s an incredibly simple image – the protagonist in profile, looking as if the weight of the world is on his back – but it’s also incredibly powerful. Even in a still image, Daniel Day-Lewis is able to convey the immense pressure of a man coming face-to-face not only with his own destiny, but the destiny of an entire nation. 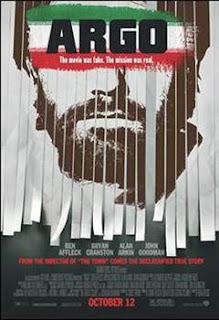 #4: Argo
The tension in Argo comes from the sense of the walls closing in on the American captives. That tension is accomplished, in part, by the film’s intercutting between the Americans and a room full of Iranians working at reconstructing shredded images collected from the American Embassy. Those images are photos of the captives which, if reconstructed, could prevent their successful extraction from Iran. Playing on that plot point, this poster not only looks great, it actively engages with the story itself. 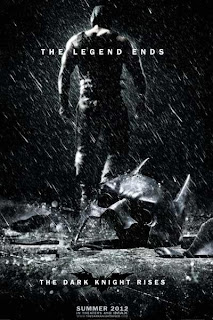 #3: The Dark Knight Rises
An image that acts as a eulogy for a series and for its protagonist, appropriately sombre and mournful, but also suggesting that there’s more to come. The crew behind the promotion for Christopher Nolan’s Batman series were always at the top of their game (Why So Serious? anyone?) and their promotional materials for The Dark Knight Rises were no different. This is a powerful image and the perfect one to encapsulate the final film in the series. 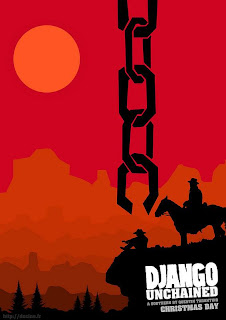 #2: Django Unchained
Django Unchained has a lot of excellent posters (both “official” and “unofficial”) but this one is my favourite. It emphasises the film’s connection to the Western genre as well its themes of slavery and revenge and the color scheme is both beautiful and suggestive of the rising threat level that Django represents as he transforms from slave into agent of destruction and retribution. 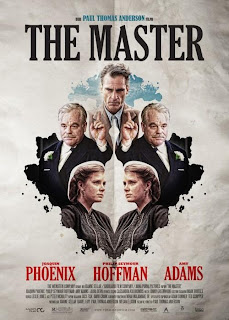 #1: The Master
I don’t know that there’s any better image to capture Paul Thomas Anderson’s enigmatic The Master than this one, an inkblot image of its three main characters. Note that only Joaquin Phoenix’s Freddie Quell, a man who often lives at the level of base instinct and without the protection of persona crafted to be socially acceptable, appears once.
Posted by Norma Desmond at 8:00 AM