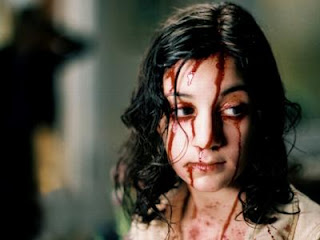 #5: Eli, Let The Right One In
A creepy little girl... or boy, sure, but when you're in trouble she's apparently a pretty good friend to have. 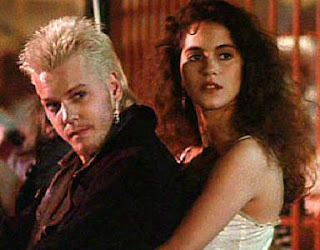 #4: David, The Lost Boys
... David, on the other hand, is not such a good friend to have. Still, it's not so hard to see why Michael would accept his invitation to "join the club." 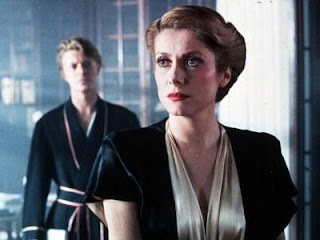 #3: Miriam, The Hunger
If I have to tell you why, then you haven't seen The Hunger. Dude, go see The Hunger. 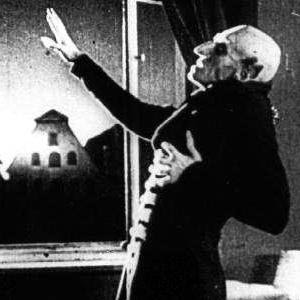 #2: Count Orlok, Nosferatu
One of the greatest (and scariest) movie villains ever. Willem Dafoe brilliantly played up Max Schreck's terrifying screen persona in Shadow of the Vampire, but if you haven't already, you've got to see the performance that inspired it.

#1: Dracula, various films
Dracula, the name synonymous with the word "vampire." He has been portrayed by many actors over the course of several decades of film with seemingly no limit to the genres he can be fit into. Gary Oldman remains my personal favourite Dracula, but there are plenty of good one to choose from.

The only two I thought of when I did this list (http://mcneilmatinee.blogspot.com/2009/11/with-teeth-top-five-vampire-movies.html) that you missed were INTERVIEW WITH THE VAMPIRE and SHADOW OF THE VAMPIRE.

Some of my other favorites:

- the creepy/sexy vampire from Valerie and Her Week of Wonders

- "cousin Bellac" in the wonderful, forgotten, gritty psychological vampire movie Return of Dracula, by Paul Landres. He's dapper and sinister in equal measures, and the perfect representation of the suave foreigner archetype that lies behind so many American vampire stories.

Ha, this is great! I'd totally hang out with Eli and David, and I guess I couldn't help but want to hang out with Miriam if she sets her sights on me. Nosferatu and Dracula have some cool tricks, but really the best one of all is the vampire priest in THIRST.

Also if you want a laugh this "table of vampire traits" on wikipedia is pretty entertaining. Includes rankings of attractiveness.

Great post! I'd have to add Claudia from Interview with a Vampire and Selene from Underworld for film.

For TV, definitely Eric from True Blood and Spike from Buffy.