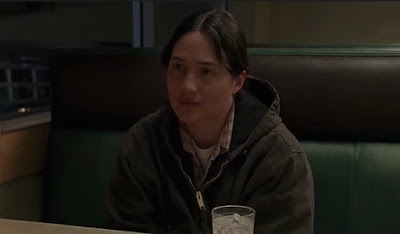 Over the course of six feature films, writer/director Kelly Reichardt has become a master of the small-scale story, narratives where the stakes are slight and deeply personal, driven by character more than plot. In Certain Women "plot" barely even registers; things happen, but what happens seems almost incidental. It's a film that's all about reaction, about how the women in the film respond to things they hadn't anticipated and how they're changed, or not changed, by them. It's an expertly told, intuitive film that tells three tenuously connected stories, each one anchored by a different actress. Most films struggle to find room for one good female character; this one features four and makes it look so easy that you're left wondering what the problem is with other movies.

Based on short stories written by Maile Meloy, Certain Women is told in three compact sections, with each story set in Montana. In the first, a lawyer (Laura Dern) struggles with a client (Jared Harris) who won't take her advice and then, after he loses his case as she has warned him he will, escalates in his behavior from being an annoyance to being potentially dangerous. The second story turns on a husband (James Le Gros) and wife (Michelle Williams) who are building a new house and want to make a deal to buy the sandstone that remains from a ruined school house located on the property of an elderly man (Rene Auberjonois), who is reluctant to part with it. In the third, and most affecting story, a lonely rancher (Lily Gladstone) accidentally finds herself in a night seminar class being taught by a young lawyer (Kristen Stewart). The lawyer doesn't really want the job - when it was offered to her, she misunderstood the location of the class, so that instead of teaching in the next town over, she has to drive four hours each way to the class - and is looking for a way to get out of it, but develops a friendship of sorts with the rancher in the few minutes after class when they sit down together in a diner.

The characters are so well-drawn that they require neither much incident nor much time to emerge fully fleshed. The three stories don't share much, the threads barely cross, but the three point of view characters - Laura (Dern), Gina (Williams), and Jamie (Gladstone) - share a sense of loneliness, though the quality of it is different for each. Living alone with her dog, Laura seeks out connection with a married man, though it's clear from their first scene together that he's in the process of extricating himself and later on he actually does, though Laura is so distracted by something that it barely seems to register to her that she's just been dumped - it's a connection, but it barely exists; it's a ships passing situation. Gina is married with a teenage daughter, but she's isolated within her own family unit, feeling as if her husband and their daughter are aligned against her and that no one is ever on her side no matter how small the conflict. Jamie is the loneliest of all, so desperate from human contact that she joins the night class simply because she sees a bunch of people going into the room. She doesn't talk to any of them, she just wants to be around other people, and it's only because the teacher, Beth, asks her if she knows where she can get a quick bite to eat that they actually speak, and she ends up joining her at the diner, not eating anything and barely saying anything, but clearly giddy to be interacting with someone.

Despite coming last, that third story ultimately becomes the film's emotional center. Laura's story has the most plot, such as it is, but the emotional payoff of it doesn't occur until its brief epilogue, and Gina's story is the coldest, and the vaguest. But Jamie's story tugs easily, but never cloyingly, at the heart strings. The naked longing in Gladstone's portrayal of Jamie is almost overwhelming as she tries to negotiate this ambiguous relationship with Beth which clearly means a lot to her and which is clearly pretty insignificant to Beth. When Jamie decides to make a grand gesture, you brace yourself anticipating that she's about to be crushed, and the performance is so lived-in, the story so natural and unadorned, that it hardly feels like you're watching a movie at all; it's more like you've stumbled across some awkward encounter between actual people that's been captured on film.

Certain Women deals primarily in interiority, teasing out what its focal characters are thinking and feeling and content to merely observe while scenes become increasingly pregnant with unspoken emotion. It can sometimes be funny, albeit in a sort of morose way, such as during part of the exchange in the final meeting between Laura and her client, and in the way that Gina reacts to her husband as he completely undermines her under the guise of just trying to get along; but ultimately it's a very low-key drama about several women dealing with small problems. There are no world shattering events, or even life changing ones (for the main characters; a secondary character definitely ends up with a life irrevocably changed); these are just people getting on as best they can while encountering slight bumps in the road. It's a film that's beautiful in its simplicity and as wide-open as the Montana skies that Reichardt and cinematographer Christopher Blauvelt capture, and it further confirms Reichart as a major teller of the minor drama.
Posted by Norma Desmond at 8:00 AM