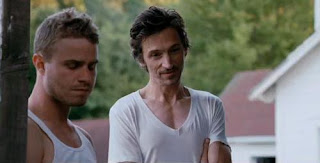 In Martha Marcy May Marlene John Hawkes delivers a performance that shifts back and forth between darkly charismatic and downright scary. He's effective in both modes, making the character someone you can believe others would follow and someone you know they need to get away from. It's a performance of tightly coiled intensity unleashed at exactly the right moments. 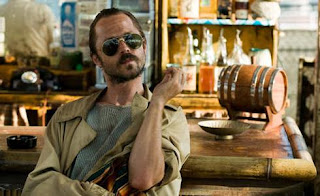 There are plenty of characters in The Rum Diary who could properly be described as "a character" and Giovanni Ribisi's drunken, Nazi memorabilia collecting reporter Moberg is the most colorful. This is a character so deeply in decay that you can practically smell him through the screen. Ribisi's performance is one of those full body performances where the body language ends up being just as important as the dialogue and he totally knocks it out of the park. 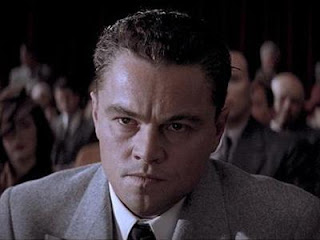 J. Edgar sort of came and sank as a film, but that's certainly not because it's lacking in fine performances. DiCaprio is tasked with playing two versions of J. Edgar Hoover - the ambitious young man and the old man battling to assure and preserve his legacy - and he does a marvellous job at both. Hoover can't exactly be said to be a likeable character, but DiCaprio brings enough shading and complexity to him that he becomes more than the sum of the controversies that define his popular image. 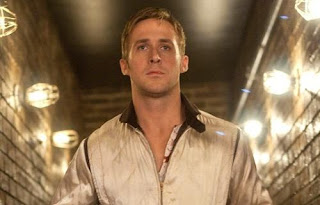 Don't let his laconic demeanor fool you, the Driver contains a hidden wellspring of violence. Although we never delve particularly deeply into the Driver's inner life, Ryan Gosling is able to suggest his motivations and the skewed way that he views the world - such as seeing himself as the white knight rescuing the damsel in distress, even when that means kicking a guy to death right in front of her - and delivers a performance that is as fascinating as it is cool. 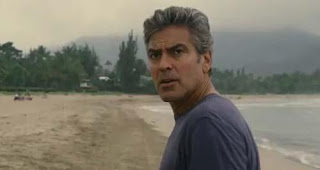 Playing a role that is about as unlike his public persona as it gets, George Clooney shines in The Descendants. In his role as a soon-to-be-widower and single father he has to balance grief and anger throughout, balancing the betrayal he feels having learned of his wife's infidelity with a genuine sorrow for himself and his daughters. Clooney is the steady centre of the film, delivering a performance that is restrained and nuanced. 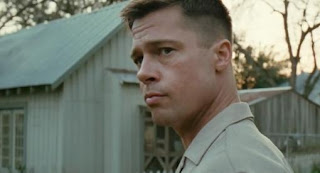 Brad Pitt delivered a great performance in Moneyball but to my mind, his performance in The Tree of Life was his best of the year - perhaps even of his career. As the dominating but emotionally remote father, whose desire to prepare his sons for the harsh reality of the world creates problems in his relationships with them, he reaches depths that he's never before displayed as an actor. He is a man of ambition who suffers the disappointment of not living up to his expectations of himself and despite how hard he is on those around him, Pitt makes it impossible not to feel for him, at least to some degree. 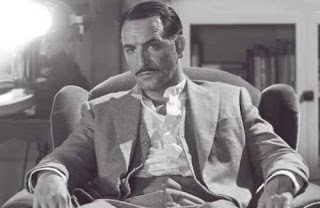 Perhaps the year's most effortlessly charming performance, Jean Dujardin's portrayal of a silent era movie star brilliantly evokes Hollywood's former King, Douglas Fairbanks. Dujardin takes his character from epic heights to incredible lows, and does it without saying a word for nearly 100 minutes. As a performer, Dujardin can stand alongside the best silent movie actors, as he shows that he can let a single expression say what might take another actor 1,000 words to express. 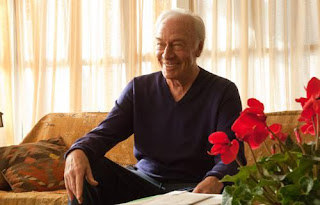 Beginners is a movie in which the characters realize that it's never too late to live an authentic life. Late in life Christopher Plummer's character reveals that he's gay and makes the most of the time that he has left, throwing himself into the gay community, making friends, adopting causes, and finding love. From his joy at discovering things like house music to his obvious sorrow at having had to hide his true self for so long, Plummer's performance is funny, moving, and note-perfect from beginning to end. 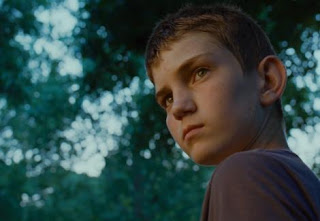 #2: Hunter McCracken, The Tree of Life

Hunter McCracken is the unsung hero of The Tree of Life. As the young Jack, he finds himself responsible for much of the film's emotional resonance, guiding his character through a difficult growing period in which he takes the first steps towards defining himself as a young adult. The role requires a delicate mixture of maturity and immaturity and though the character cannot always articulate the anger and confusion he experiences as he deals with the complex feelings his family inspires in him, the feelings always come through in the performance. Making his film debut here, McCracken more than holds his own with his more seasoned co-stars. 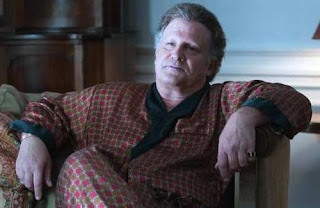 Bernie Rose, the mobster played by Albert Brooks in Drive, is one of the most terrifying characters to hit the big screen in a long time. It's because Brooks makes him such a calm, steady force - even when he's stabbing the hell out of someone - that he becomes so frightening. He's a character who literally seems capable of anything, and who proves himself to be time and time again. It's a performance that is marvellously against type and once seen it makes a major impact.
Posted by Norma Desmond at 8:00 AM

We are seeking some decent film/movie/music/celebrity blogs and sites where we can get backlinks from for our website http://www.myvue.com/

We need 2 dofollow links within the post/article on your blog http://flickchickcanada.blogspot.com/ for our website myvue.com. The keywords which we will be one of these - movies, new movies, latest movies, cinema, cinema listings. The article will be provided by us or you can write on your own (if you prefer it that way) or we can use an existing article too which is already on your blog (anything you are comfortable with). The article can be any film review or just anything related to movies in general. It won't sound promotional at all. In this way, your readers won't be distracted because it will be just like any other bog post with just 2 links inserted in between.

In case you are interested and if you can quote a reasonable price for this, we can go ahead and make a deal. All payments will be made by paypal.

Let me know if you have any questions or concerns. Would love to hear back from you. My email is mehra.r86@gmail.com

Have a great day ahead.