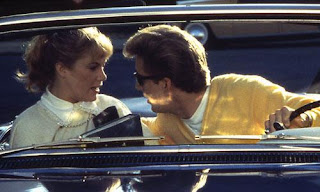 Nicolas Cage's performance in this movie will either amuse you or annoy you to no end (so, basically, it's pretty much in keeping with most of his other performances), but Kathleen Turner's performance as a woman who goes to her high school reunion and then wakes up in the body of her teenage self is fantastic. 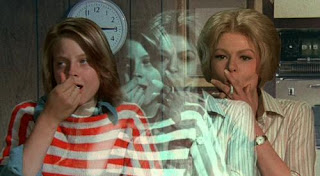 Can't have a body switch list without including Freaky Friday. The original stars a young Jodie Foster, the remake stars career criminal Lindsay Lohan. I've only seen the former, but I'm told that the latter provides a nice updating on the story. 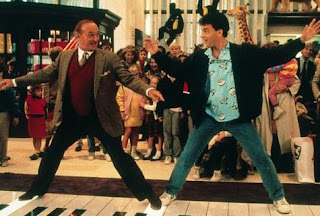 In Big Tom Hanks wishes to be, well, big and while he physically gets his wish, his childlike approach to the world makes him stand out from everyone around him. 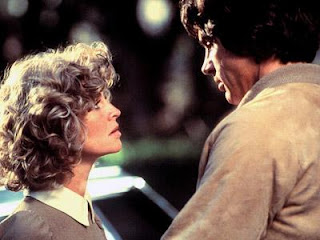 The story of a man prematurely sent to the afterlife who gets to return as a millionaire is so winning that, in addition to the original stageplay, it's been adapted to film three times with Here Comes Mr. Jordan (1941), Heaven Can Wait (1978), and Down To Earth (2001). 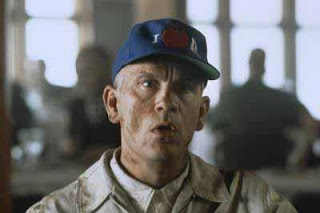 Okay, so this isn't about a body switch so much as it's about taking up temporary residence in John Malkovich's psyche, but it's such a great movie that surely its inclusion can be excused.
Posted by Norma Desmond at 8:00 AM

Have you considered "Making Mr. Right" for this? It is older and also stars John Malkovich as a scientist who designs a robot to go into outer space. The robot (android?) looks just like him. When you listed Being John Malkovich I thought of it!

Who would you like to Change up lives with? ANSWER W/ #IWishIHadYourLife & win prizes from the upcoming movie the change up! check this out for deets http://bit.ly/nxABQr

I see Justin Bateman and Ryan Reynolds are to star in a movie with this premise. Goes to show there is nothing new under the sun!
I saw the original Fraky Friday in a theatre when released!

I love body switching! It's an over-used premise but I always get a kick out of it. I need to see PEGGY SUE GOT MARRIED, thanks for reminding me!

The Freaky Friday remake has a good story. Those were the times when Lindsay Lohan still had a good career! The whole plot is obvious but the script made it entertaining! "You're ruining my life!" is absolutely the best line ever said by Anna Banana (nickname of Lohan). :D