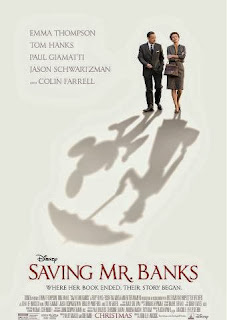 #10: Saving Mr. Banks
A bit obvious? Perhaps, but charming nevertheless. And, really, what other image could better encapsulate a movie about the creator of Mickey Mouse and the creator of Mary Poppins? 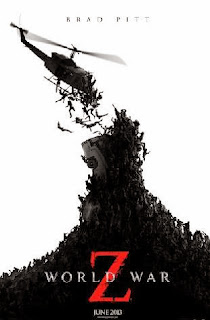 #9: World War Z
I didn't care much for World War Z as a movie, but the poster is great. A relentless mass out to destroy everything in its path, making no place a "safe place" - even the sky. 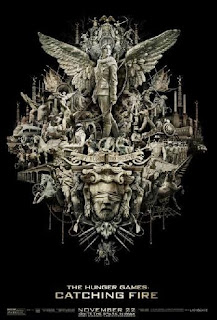 #8: The Hunger Games: Catching Fire
Catching Fire had a lot of posters, but this elaborate little number is my favorite. I particularly like that President Snow is blindfolded, evoking/mocking the image of Justice. 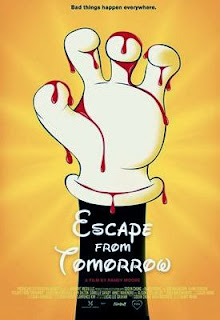 #7: Escape From Tomorrow
There could be no better poster for a film made guerrilla style within Disney World, and about a man whose family vacation turns into a nightmare. 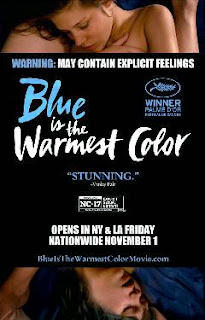 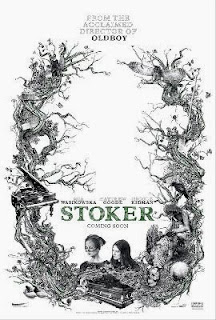 #5: Stoker
A beautiful piece of work that nicely incorporates various elements of the story into its design, and conveys an appropriately gothic, slightly sinister, vibe. 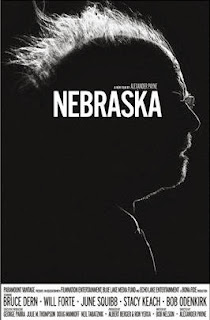 #4: Nebraska
Stark, simple, and just a touch enigmatic. The poster for Nebraska is the perfect representation of its main character, a man slipping away into the darkness of dementia. 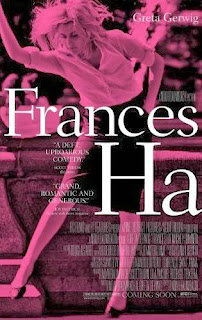 #3: Frances Ha
Like the previous entry, the poster for Frances Ha is about distilling the essence of its main character. A young woman who, despite rough times, ultimately never looses her sense of joy, Frances is a delightful character, which the poster perfectly encapsulates. 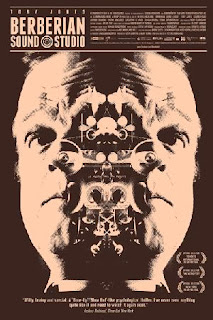 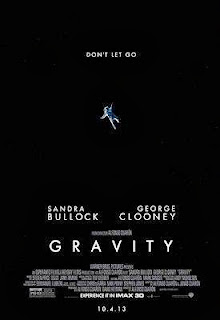 #1: Gravity
A still image could never replicate how unsettling the experience of watching Gravity is, but this poster comes about as close as possible.
Posted by Norma Desmond at 8:00 AM