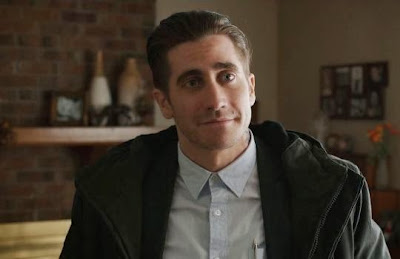 #10: Jake Gyllenhaal, Prisoners
Jake Gyllenhaal's performance in Prisoners as the detective with no unsolved cases is a thing of perfection. Gyllenhaal nails the cop-speak cadence, a sort of calming, neutral and to the point tone, and anchors the film with his quiet, single-minded determination. It's an unfussy performance of the type that is rarely recognized for being as good as it is, but here it's crucial to the film's success. Although Hugh Jackman has the flashier role as the father taking the investigation into his own hands, it's Gyllenhaal's quietly simmering detective who drives the story forward. 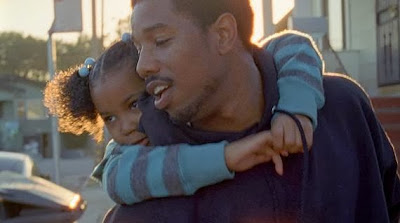 #09: Michael B. Jordan, Fruitvale Station
Michael B. Jordan is going to be a star - he's got that charisma and that talent. In Fruitvale Station he plays a young man in transition, trying to move beyond his troubled past and create a successful future for himself and his family. He sometimes undercuts his own efforts - he has a temper that gets him into a fair bit of trouble - but he's trying to be better and Jordan does an excellent job at depicting his struggle between impulse and better judgment. Although Oscar Grant was a victim of tragedy, Jordan does not portray him as an empty symbol, but as a complicated man with good and bad qualities trying to find his way. 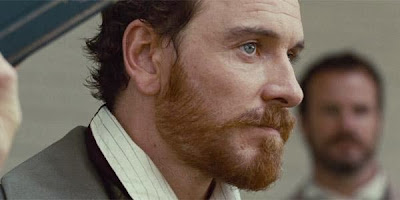 #08: Michael Fassbender, 12 Years a Slave
If evil has a face in 12 Years a Slave, it's the face of Edwin Epps, a man notorious even amongst slave owners for his barbarity. As played by Michael Fassbender, Epps is a man who has become mentally and spiritually deformed by the corruption inherent in the industry of slavery and by self-serving interpretations of scripture, a man filled with self-loathing but lacking in the ability of self-reflection. Fassbender is able to convey much about the inner psychology of his character through facial expression, as in one scene where Epps ponders why God is punishing him by ruining his crops and you know exactly what he's thinking but not saying - and exactly who he's going to take his anger out on. 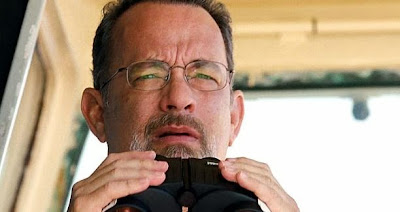 #07: Tom Hanks, Captain Phillips
Tom Hanks is one of those actors that you can sort of take for granted. He's been so great so often that it's just a matter of course, and you would be forgiven for believing that he can no longer surprise you. With his performance in Captain Phillips he reminds you why he's so revered in the first place as his character struggles to maintain some semblance of control over his situation and himself, and slowly looses both. From the early scenes when he's trying to keep a steady hand and maintain his authority in the face of second guessing from his crew members, to later scenes when exhaustion and terror take over, Hanks delivers a masterclass in characterization. 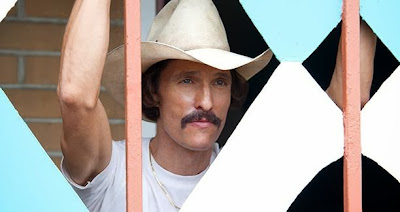 #06: Matthew McConaughey, Dallas Buyers Club
Sometimes when an actor undergoes an extreme physical transformation for a role, the transformation is the performance. That's not the case with Matthew McConaughey's portrayal of Ron Woodroof, a redneck rodeo rider who becomes a tireless activist after being diagnosed with AIDS. Imbued with the kind of laid-back charm that McConaughey has brought to many roles, but with a roughness around the edges, Woodroof isn't always a likeable character - he starts out as a hateful bigot - but the core of his humanity is always there in the vulnerability of McConaughey's performance. Woodroof is no paper saint, and neither the film nor McConaughey aim to make him one; he's just a man determined to make the time he has left count for something. 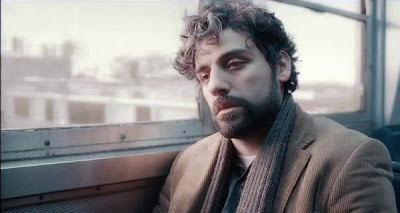 #05: Oscar Isaac, Inside Llewyn Davis
Llewyn Davis is an asshole - multiple people in Inside Llewyn Davis inform him of this fact and he spends a fair amount of time proving them right - but that doesn't mean he can't inspire sympathy. In the midst of a grey and gloomy winter, Llewyn struggles to get his music career off the ground and to deal with the consequences of past actions, but keeps finding himself back at square one. Still deep in grief for the musical partner he's recently lost, his state of mind seems to have set the tone for everything else around him and Isaac's rich, soulful performance, which nicely moves from drama to comedy and back again, is pitch perfect. 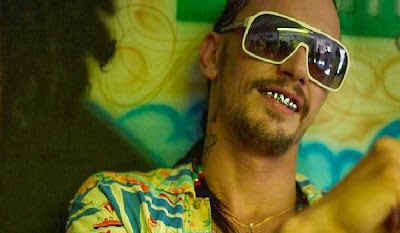 #04: James Franco, Spring Breakers
If Spring Breakers' Alien was depicted by any other actor - or, alternately, if he was depicted by Franco before the actor entered the Lady Gaga phase of his career - I think this performance would be much more lauded than it has been. Although Alien is a character with a capital "C," a cornrowed, gold grilled, would-be gangster and rapper, it's a character that Franco fully immerses himself into. To an outsider, Alien would seem utterly ridiculous, but as played by Franco you can believe that Alien believes himself to be someone to be taken seriously, and it's that mixture of the sublimely absurd with utter sincerity which makes the performance so absolutely riveting. 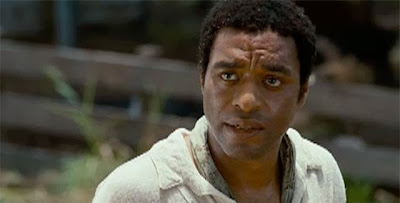 #03: Chiwetel Ejiofor, 12 Years a Slave
They take away his freedom, they take away life as he knew it, but they can never take away his humanity. In 12 Years a Slave Chiwetel Ejiofor's Solomon Northrup endures all manner of hardship, suffering, and evil, but he never allows himself to be broken, and never allows his hope of regaining his freedom to die. Ejiofor delivers a performance of strength and dignity which carries the film through the horrors it depicts and gives it the core of humanity it needs. Although he is victimized repeatedly and brutally, Ejiofor's performance is not one built on suffering; rather, it's a performance built on the quiet heroism of endurance. There isn't a false note in the performance, which helps keep Solomon firmly rooted as a human being rather than a mere symbol. 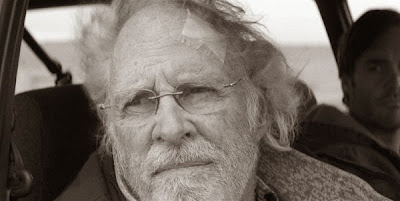 #02: Bruce Dern, Nebraska
At first he protests that he doesn't drink that much, and then he lays out all the reasons why he has the right to drink however much he wants. One thing, however, is certain: he was already a broken man before he turned full force to drink, and now he's almost completely decimated. In a performance created almost entirely out of body language and facial expression, with a few scant words of dialogue here and there, Dern is able to give a full picture of a man on whom life has been particularly hard. Although the character is at times exasperating, in the end he's a sympathetic figure, a man who could never speak of the ghosts that haunt him and instead retreated inward, becoming less a living person himself than a specter standing at the edge of his family's lives. 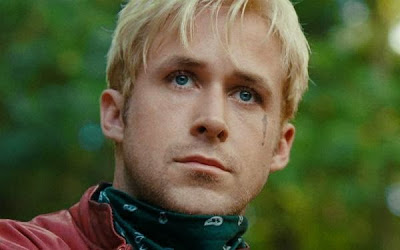 #01: Ryan Gosling, The Place Beyond the Pines
I was less than enthusiastic about Derek Cianfrance's follow-up to Blue Valentine, but a lot of that has to do with the fact that it's most compelling element - a wonderfully nuanced and incredibly charismatic performance from Ryan Gosling - disappeared after the film's first act. As Luke Glanton, a motorcycle stuntman whose attempts to do right by the mother of his child and infant son are marred at every turn by poor decisions, Gosling gives one of his finest performances to date, creating a character who is too bad to be considered good, but too good to be considered bad. He's a grey character, a tragic character, and Gosling's performance is absolutely electrifying.
Posted by Norma Desmond at 8:00 AM