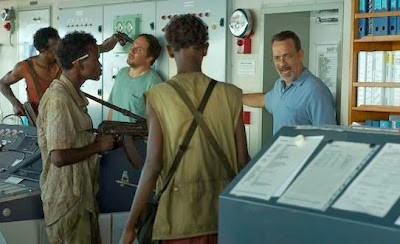 #10: Captain Phillips
Paul Greengrass delivers another taut, inspired by true events thriller with Captain Phillips, which depicts the hijacking of the Maersk Alabama by Somali pirates. What makes the film a cut above is the way that it manages to both narrow and broaden its scope, making the film a battle of wills between two men who have more in common than either might suspect, while also making it an examination of the larger socieconomic factors at play on the international stage. At the end of the day, both men are pawns in a bigger game, hanging on to the economic ladder as best they can. 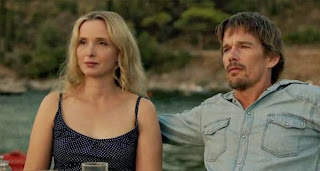 #09: Before Midnight
The Before movies are one of the least likely film series ever created. A series of films which are, essentially, about two people talking across two decades, their existence is somewhat miraculous - and even more so when you consider that each film has been better than the last. While the first two films were about idea of love by way of fleeting encounter, the third is about the reality of love, its necessary compromises, its mixture of the good and the bad. Director Richard Linklater and stars Ethan Hawke and Julie Delpy are all on point, delivering another chapter in a story which keeps getting richer with time. 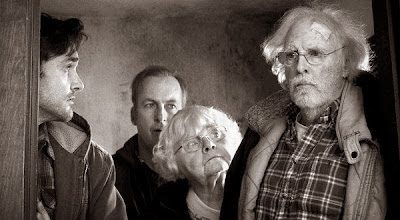 #08: Nebraska
Alexander Payne's Nebraksa is about open spaces and closed people. It's main character is a man who has been distant from those around him for decades, but is now on the verge of fading away completely. He's a man who has been defeated both by events of his past over which he had no control and by the afflictions he's chosen for himself. Yet the film is not a tragedy or, if it is, it's a tragicomedy which allows its protagonist to enjoy triumph in minor form. The film is a sharp study of character with a deft mix of drama and comedy and, ultimately, a strong, and very much beating heart. 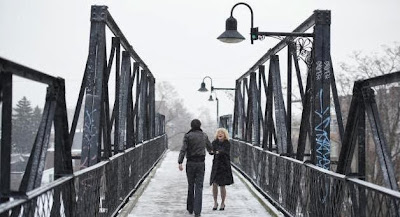 #07: Stories We Tell
There is no one truth, only the intersection of many truths. In her memoirish documentary Stories We Tell Sarah Polley teases out this notion, presenting the story of her family as a mosaic of memories and perceptions, often contradictory of each other but never, necessarily, "wrong." The film is an investigation of the nature of storytelling and how we edit and organize our own personal stories according to our needs as the tellers, and Polley explores this theme both on a thematic level, as well as with the construction of her own film, which consistently calls attention to itself. Beyond the formal aspects, however, this is simply a marvelous and entertaining film. 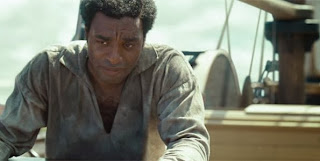 #06: 12 Years a Slave
There are times when 12 Years a Slave seems like it will be too much to bear, but of course that's the point. Arguably the best movie ever made about slavery, it never shies away from brutality, presenting an unflinching depiction or horror and endurance. Yet, while it can be graphic in its violence, that isn't the film's ultimate purpose. It is not about violence, but about humanity and the struggle to maintain that sense of humanity in the starkest of circumstances. Anchored by a fantastic lead performance by Chiwetel Ejiofor, which is surrounded by a series of strong supporting performances, 12 Years a Slave is a film not soon to be forgotten. 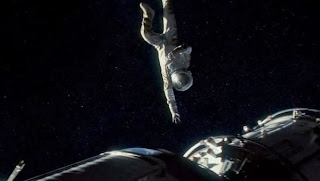 #05: Gravity
Seen in the theater, Gravity wasn't just a film, but an experience. It's a technological marvel that sets new standards and it is a triumph of effects, cinematography, and direction. Beyond that, though, it's also a solid story about regaining lost faith and the will to carry on which is unfolded with almost ruthless efficiency. The tension in the film is consistently ratcheted up by increasingly big (and unnervingly immediate) action pieces, but is maintained even in the film's quieter scenes by the inner turmoil of its protagonist. Gravity was the most immersive film I saw all year, and one of the most awe-inspiring films I've seen in a long time.

#04: Upstream Color
Shane Carruth's confounding little gem Upstream Color is the film I watched most often in 2013, as each viewing only seemed to inspire another. A seemingly impenetrable film about a complex parasite that works its way from humans to pigs to orchids and back again, when you strip away the layers of metaphor and symbolism, you're left with a surprisingly straight forward, but no less compelling, love story. With his focus on the beauty of the natural world and the elusive nature of his storytelling, Carruth is reminiscent of Terrence Malick, but he's no copycat filmmaker. He's an artist with a distinct voice and point-of-view who has made a film that's ultimately unlike any other. 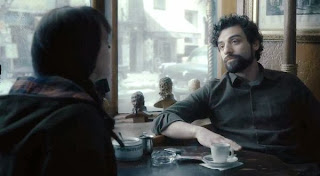 #03: Inside Llewyn Davis
The Coen brothers are pretty much always worth watching, but their latest, the contemplative, mournful Inside Llewyn Davis, is definitely in the top tier of their filmography. Centering on a character who is his own worst enemy, the film follows him over a short period of time as he tries desperately to dig himself out of the rut he's fallen into, watching as he falls back down again and again. Starting and ending with the same scene, the film is structured somewhat like a song, its story playing out as one verse leading back to the chorus. Inside Llewyn Davis is a movie that hits the mark on first viewing, but then just keeps keeps reverberating in your mind, revealing deeper and deeper meanings. 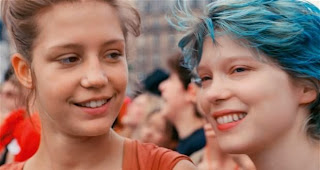 #02: Blue is the Warmest Color
First love is the most dramatic love of all. In Blue is the Warmest Color first love is an all-consuming thing, an appetite its protagonist can never quite quench, something she sacrifices herself to entirely - and then loses. Filmed in deeply intimate fashion, mostly in close ups and focusing on the "little details" of how the characters make their lives, Blue is a movie that slips beneath your defenses and holds you utterly in its thrall, leaving you wanting more despite its having already given you three hours. Fueled by the magnificent performances of Adele Exarchopolous and Lea Seydoux, Blue is the Warmest Color is a profound and transcendent story of love and coming of age. 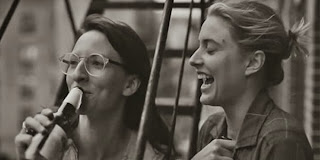 #01: Frances Ha
It was a close call between my top two choices, but ultimately I had to go with Frances Ha, Noah Baumbach's film about extended adolescence and the final steps towards adulthood. A spritely picture which views its protagonist with seemingly infinite affection as she stumbles her way into a grown up life, the film is a delight from beginning to end. It's also deeply refreshing for the fact that its main character is a woman whose primary concern isn't securing a boyfriend, and whose emotional crisis is precipitated by the fact that she and her best friend are outgrowing each other and moving in different directions. This is probably Baumbach's "lightest" film to date, but don't mistake it for lightweight. In its unimposing, self-deprecating way, it's one of the smartest movies I've seen about the transition from "grown up" to grown up.
Posted by Norma Desmond at 8:00 AM