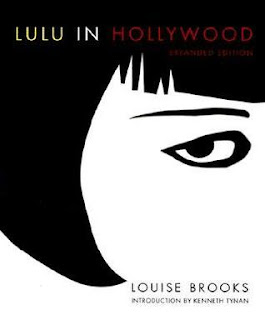 Books about Hollywood rarely characterize it as a kind place, but it seems particularly cruel to women, who are generally treated as disposable commodities by the money-making machine. Silent star Louise Brooks was a woman who might have been said to have been chewed up and spit out by Hollywood, except that she never really appears to have cared much about being in Hollywood in the first place. Being a film star was something she did for a time, but not something she seems to have been particularly passionate about, at least that’s the impression given by her book, Lulu in Hollywood. This isn’t the story of an insider kicked out, but of an outsider who never wanted in in the first place.

Although characterized as a memoir, Lulu is actually a series of essays written by Brooks about her life, her experiences in Hollywood, and her observations of how Hollywood business was run. With the merciless candor of someone without bridges to burn, Brooks levels a critical eye at Hollywood and, in particular, its treatment of women in the industry. Brooks herself was no stranger to the double standards faced by all women in the film industry (and elsewhere), describing in one essay the difficulties she faced in being away on location and engaging in activities that essentially result in her being branded, while the men with whom she engaged in them walk away unscathed. Even after leaving Hollywood, that mark followed her: “I moved to New York, where I found that the only well-paying career open to me, as an unsuccessful actress of thirty-six, was that of a call girl.”

That’s all gossip, though, and while the gossip in Lulu is good, the real value of the book comes from Brooks’ insights into how Hollywood was run during the silent era and during the transition from silent to sound. Although it’s an accepted element of Hollywood folklore that the stars who foundered in that transition did so because they didn’t “sound” right, Brooks rejects that notion entirely, making a convincing argument that the advent of sound was a convenient tool for studio heads to get rid of stars who had grown too expensive. Although it sounds counterproductive for studios to purposely destroy their most profitable stars by putting them in films destined to be money-losing clunkers and making them seem like “box office poison,” it also makes a perverse sort of sense, as Brooks describes “the insoluble problem of how to make a box-office star without at the same time making her unaffordable.” The bigger the star, the more they command and, the more they command, the less the studio bosses get to take home. The transition to sound offered the perfect cover for jettisoning a number of stars who had grown too big, while also ensuring that those stars were stigmatized and therefore unusable by other studios.

While Lulu in Hollywood will probably hold greatest interest for silent era film fans, it’s so well-written and engaging that I think it would appeal even to those with only a passing interest in the behind-the-scenes aspect of filmmaking. It’s a witty piece full of interesting anecdotes, all told from the perspective of a woman who truly marched to the beat of her own drummer and refused to conform to anyone else’s standards of decorum, and its a great read.

Next Month: Swanson on Swanson
Posted by Norma Desmond at 8:00 AM