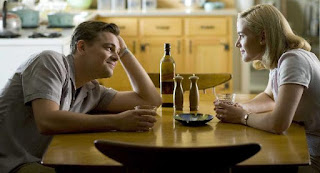 #5: Revolutionary Road
Despite reteaming DiCaprio with Kate Winslet, Revolutionary Road came and went with little fanfare in 2008. This is a shame because not only is it a solid film, but it also contains great performances from both its leads (not to mention a thunderbolt of a supporting performance from Michael Shannon). Playing a man who believes himself to be a rebel, only to discover that he’s exactly as conventional as everyone around him, DiCaprio delivers one of his most mature performances. 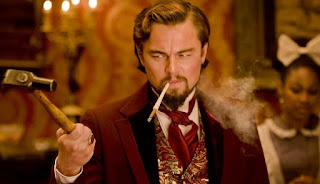 #4: Django Unchained
DiCaprio’s performance as the, um, “colorful” villain in Quentin Tarantino’s epic western is an oddity in his filmography – and not just because he plays a supporting role. As an actor, DiCaprio tends to prefer understatement, but his performance here is all bombast and it is glorious. There’s an inescapable sense of the actor letting loose with this role and it results in a truly fascinating performance. 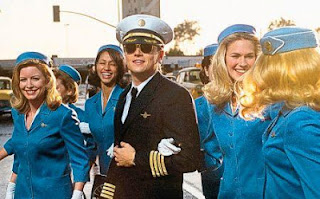 #3: Catch Me If You Can
As legendary conman Frank Abagnale, Jr. in Catch Me If You Can, DiCaprio plays many characters all rolled into one. It’s a performance that is alternately serious and lighthearted, kept afloat by charm and intelligence. There’s an effortlessness to DiCaprio’s work here and it is utterly winning (even if it didn’t, like all too many of DiCaprio’s performances, get Oscar’s attention). 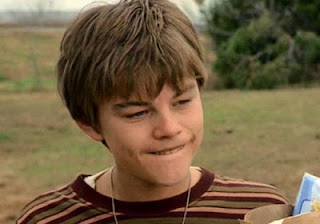 #2: What’s Eating Gilbert Grape?
Hollywood doesn’t have a great track record when it comes to depicting the mentally challenged, so a lot could have gone wrong with this role, as has historically gone wrong with other roles like it. That DiCaprio’s performance is so sensitive and sharp is all the more remarkable for the fact that it came so early in his career. 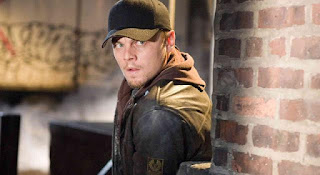 #1: The Departed
DiCaprio’s depiction of a cop deep undercover is without frills, a quiet simmer of a performance that stands out even amongst a wealth of great performances. His performance in Blood Diamond, a more obviously lead performance in a less ensembly film, earned him the Oscar nomination that year, but it's his high tension, perfectly executed work in The Departed that should have landed him the slot.
Posted by Norma Desmond at 8:00 AM