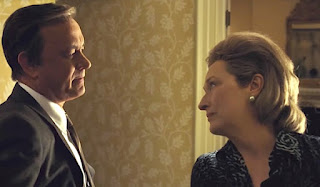 #10: The Post
The Post, Steven Spielberg's take on the Pentagon Papers story, is a conventional film in many ways but that doesn't make it any less powerful. Ostensibly a story about the press exposing the lengths to which the US government has gone to mislead the public about the Vietnam War, what The Post is really doing is using that as a framework in order to tell a story about how women struggle as they try to navigate worlds dominated by men. This is a film about a woman who is treated as if her power is merely ceremonial as the men around her shut her out and shut her down and treat her like nothing more than a nuissance, and how she develops a sense of agency and learns how to wield her power. The beats may be conventional, but the result is fantastic. 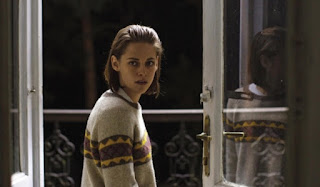 #9: Personal Shopper
Personal Shopper is a film that I saw nearly 12 months ago, but it's one that has stuck with me. A hard to describe film about a woman who works as a personal shopper for celebrities and possesses the abilities of medium, the story is split between her work for a difficult client and her attempts to make contact with her deceased twin brother, two narratives which eventually dovetail. Part ghost story, part mystery, part thriller, Personal Shopper is a spellbinding and enigmatic film from Olivier Assayas, who between this film and Clouds of Sils Maria is developing a solid director-actor partnership with Kristen Stewart, who has rarely been better than she is here. 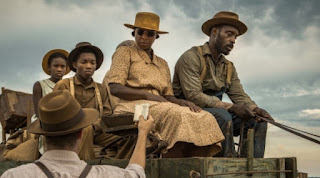 #8: Mudbound
Dee Rees' Mudbound is a sweeping story that, though it takes place in the 1940s, is very much about the legacy of slavery and how the condition of slavery continues to be perpetuated in spirit if not in legal fact. It follows two families who are bound together by circumstance, the McAllans, who have fallen on hard times, and the Jacksons, who are tenant farmers on whom the McAllans are constantly making demands. Though the families are separated from each other by the racial divisions of society, a bond will be formed between one man from each, borne of their shared experience of fighting in WWII. It's a friendship that makes their lives a little bit easier, until it begins to make everything so much worse. Epic in scope but intimate in detail, Mudbound is a great and resonant film. 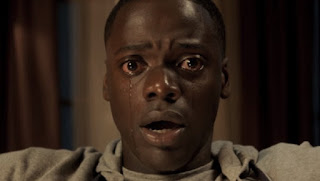 #7: Get Out
Perhaps no one could say it better than writer/director Jordan Peele when he declared that "Get Out is a documentary." A searing examination of the disguised racism of supposedly progressive white people, Get Out is a film that seeks to challenge complacency and expose the hypocrisy of white people who use black people to their advantage while acting as though they're allies. There's so much about Get Out that makes it feel so deeply unsettling, from the every day casual racism that no one but the main character recognizes as racism to that scene where Allison Williams' character speaks in an intensely emotional tone of voice even as her face is an utter blank, and that's before you even get to the actual plot, which is flat out horrifying. Get Out is the sort of film worth multiple rewatches because there are so many tiny details built into it that deepen its meaning, and it's one of the best directed films of the year. 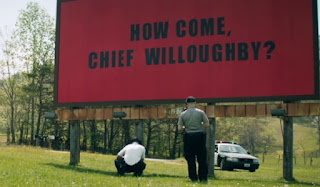 #6: Three Billboards Outside Ebbing, Missouri
There is so much anger in Three Billboards Outside Ebbing, Missouri, so much of it borne of the helplessness the characters feel to put to right the things that are wrong. It begins with aggression, works its way to bombast, and then settles into the deepest of sorrow as the anger begins to subside and turn into something else. A much loved film by the people who give out awards, and a hotly debated film online for the film's treatment of race, Three Billboards isn't just a film that wears its own emotions on its sleeve, its one that inspires intense feelings, too. Anchored by one of the best performances Frances McDormand has ever given (and that is saying something), which is in turn supported by great performances by Sam Rockwell and Woody Harrelson, in addition to being helmed by Martin McDonagh, a director who can nimbly combine dark comedy and intense violence, Three Billboards is a skillfully crafted film about grief and guilt. 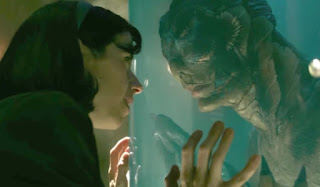 #5: The Shape of Water
The Shape of Water is a fairy tale for grown ups about a mute woman who finds the connection she's always longed for with a humanoid amphibian who has been captured and locked up in a government facility. That's the first level of the film. The second is in the way that, by setting it in the 1960s, it uses this love story as the framework for a story about outsiders battling against institutional power. There are a lot of marginalized people in The Shape of Water, from Sally Hawkins' protagonist to her friends, a black woman and a gay man, respectively, and they collectively destroy everything that symbolizes social power (represented by Michael Shannon's character), something the film characterizes as rotting from the inside out. The Shape of Water is weird and beautiful, dark and funny, magical but still rooted in things that are real, and it's a great, enchanting viewing experience. 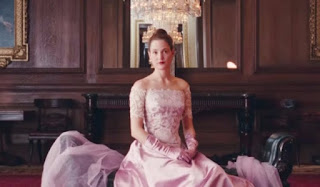 #4: Phantom Thread
One of the films that surprised me the most this year, not because I didn't expect it to be good but because I didn't anticipate its first big plot turn. A twisted love story about a famous designer and the woman who becomes the latest in his long string of muses, Paul Thomas Anderson's period piece is a work of meticulous craft and unexpected playfulness. Stunningly beautiful in its costumes and production design, with a terrific score from Jonny Greenwood, Phantom Thread is a film with a lot of superficial pleasures, but it's the deep and deeply creepy narrative that will hold your attention. With a story brought to life by a trio of great performances from Daniel Day-Lewis, Lesley Manville, and Vicky Krieps, each of which intrigues and delights in its own ways, Phantom Thread is a fascinating psychological portrait of an obsessive, haunted man and the woman who refuses to allow herself to be anything less than his match. 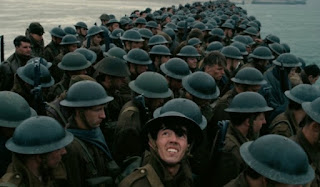 #3: Dunkirk
One of the most visceral movie going experiences of the year, in Dunkirk Christopher Nolan directs his peerless craftsmanship to the evacuation of Dunkirk during Operation Dynamo. Split into three sections that cover the experience of stranded soldiers on the beach, RAF pilots tasked with providing air cover, and the average citizens who manned the small ships that were recruited to assist, the film works to put the viewer into the reality of these scenes as much as possible. Although the film was criticized for the way that the soldier characters are so little developed as to seem indistinguishable, I think that that's missing the point. The soldiers aren't distinguishable from each other because that's how soldiers are seen by governments - not as individuals, but as numbers; they are a mass, which means that they are no one and yet they are everyone. In making Dunkirk as lean and as fleet as possible Nolan has created a film that isn't just a technical marvel, but one of his most emotionally engaging works to date. 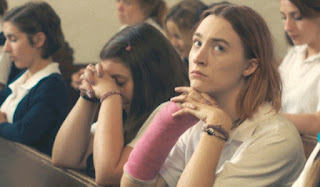 #2: Lady Bird
Greta Gerwig's Lady Bird is a film so rich and funny and sharp, with characters so full and so well-realized, that it makes you realize just how lacking most stories about teenagers really are. In just 93 minutes it manages to be a portrait of a relationship between a mother and daughter that is wonderfully complex, a story about a friendship that gets abandoned as a result of social ambition and jealousy and then rebuilt by empathy and shared history, a story about first love gone bad and second love gone worse, a story about class and income disparity, and a story about an ordinary girl who longs to be what she imagines a sophisticated grown up to be. Full of great performances both big and small, alternately very funny and deeply moving, Lady Bird is one of the best films of its type ever made and one of the best and most entertaining movies of the year. 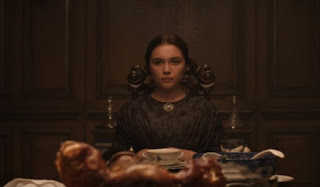 #1: Lady Macbeth
As much as I loved Lady Bird, when it came to choosing my pick for best of the year it really wasn't even close. A criminally underseen movie (it grossed justly barely $1 million), Lady Macbeth is a thoughtful and challenging film that savagely upends expectations as it tells a story that has all the makings of a typical cinematic feminist narrative, in which things are straight forward to the point of being devoid of complexity, but takes a hard turn towards intersectionality when it decides that instead of telling a story about how a white woman struggling against patriarchy emerges triumphant, it will tell a story about the black people used, abused, and left behind in the name of that woman achieving her triumph. An unforgiving film headlined by a performance from Florence Pugh that is as vicious and merciless as the story demands, Lady Macbeth is an absolute masterpiece.
Posted by Norma Desmond at 8:00 AM

So glad to see the love for Dunkirk, Mudbound, and Get Out. All are among my own faves. I also enjoyed The Shape of Water. Haven't seen the others, but planning on getting to them all in the not-too-distant future.

Hope you get to see them soon!