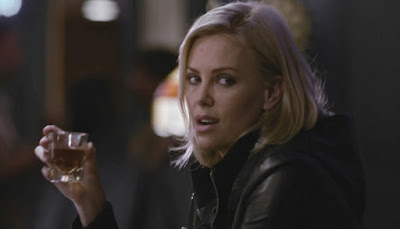 In 2007 writer Diablo Cody and director Jason Reitman combined forces to bring the world Juno, a warm-hearted comedy about a pregnant teenager that took the box office and the critics by storm, earning an Oscar for Cody and a nomination for Reitman (in addition to earning nominations for Best Picture and Best Actress for Ellen Page). In 2011 Cody and Reitman would re-team for Young Adult, a film as acid as Juno is sweet, replacing its lovably naïve protagonist with one who is dangerously delusional and misanthropic. That it would fail at the box office and gain nary an Oscar nomination seems almost appropriate given that it is a nasty little portrait of piled up disappointments and dreams that have died – it just means that it had the same bitter experience with life as its protagonist did. But, also like its protagonist, Young Adult is a film that endures. It may be one of the meanest comedies of the last decade, but it possesses such a crystal clear vision and such sharp fangs that it will age better than most. Hostility is apparently a masterful preservative.

Young Adult is the story of Mavis Gary (Charlize Theron, so good it’s criminal), a woman whose adult life has failed to fulfill the greatness that she feels was prophesized by her success in high school. She has made a career for herself as a writer but does not publish under her own name, having taken the reigns of writing a young adult series that continues to be published under the name of the originating writer. The series itself is coming to a close and Mavis is struggling to complete the final book, which would be stressful enough without the constant reminders she receives that the series is ending because it no longer has an audience and that this, her one genuine accomplishment, is impressive to no one. Nothing has turned out the way that it was supposed to for her and when she learns that her high school boyfriend, Buddy (Patrick Wilson), has just had a baby with his wife, she projects her own unhappiness onto him and decides to go back to her hometown of Mercury in order to set things right and recapture the glory of their teenage years.

A person who peaked in high school is a sad enough sight, but when Mavis returns to Mercury she becomes acquainted with Matt (Patton Oswalt), a high school classmate who has never peaked at all. Permanently disabled after being attacked in high school – he was gay bashed, despite not actually being gay – Matt is just as full of resentment as Mavis herself and though for a while he’s the only person willing to actually call her out for being awful, he’s also the only person willing to stew in the bitterness that is all Mavis has left. They make quite a pair though, in the end, Mavis must stand alone, shredding whatever is left of her dignity at the altar of her hometown so that she can be reborn, reminded of who she was when she left the first time and sent off again with a renewed sense of validation courtesy of a penultimate scene which remains, to my mind, one of the best film scenes of the last ten years at least.

Young Adult is a comedic high-wire act, centering itself on a singularly unpleasant protagonist and then rewarding her with an ending that completely subverts the expectation that she will (or even should) learn anything or grow and change as a person, and expecting the audience to hang in with it. Living in a prolonged state of adolescence is an unattractive quality in pretty much any adult and Mavis, who cherishes the memory of her teenage years not because she actually was at her best then but because everyone around her was then was willing to validate her most cruel and awful impulses, positively wallows in that mindset. Despite her unhappiness she still clings to the notion that just by moving away from her hometown and to the big city she has somehow “won” the social competition against her former classmates, and when she overhears teenagers talking melodramatically about their lives, attributing unwarranted levels of complexity to their problems, she glows with recognition because her mindset remains in the same unsophisticated state. She cruises around town in the car she drove in high school, listening to the mix tape Buddy once made for her, steadfastly refusing to move on, all of which might make her insufferable were it not for Theron’s beautifully calibrated performance and the keen insight into Mavis that Cody’s screenplay and Reitman’s direction create.

Mavis is a terrible person and the film baldly, and bravely, plays up her most negative qualities, but there’s a vulnerability to this portrayal, too, and something distinctly, painfully, human. Mavis’ desire to reset the clock to high school stems from her desire to regain the social power that she had then, borne not of any real accomplishment but simply as a result of her looks and personality, but there’s more to it than that. To be the Queen Bee means having power, but it also inherently means being seen, which is something Mavis no longer feels. Her accomplishments as a writer are either ignored or dismissed, her confession to her parents that she thinks she’s an alcoholic are laughed off, she’s not only someone who is no longer deferred to, she’s someone who isn’t even listened to anymore and that sense of insecurity, that longing for recognition, lies at the root of Mavis’ nastiness. It’s there in the way that her eyes plead for praise when Buddy off-handedly asks her to sign a copy of one of her books, and then in the flicker of hurt that emerges when he reveals that the book is for his niece and that he’s never read any of her work. It’s there in a marvelous scene towards the end between Mavis and Matt, after Mavis has effectively taken a sledge hammer to what remains of her reputation. And it’s there in that penultimate scene where it seems like Mavis might have learned a lesson, only for someone to give her permission to be awful again.

Theron’s performance is fearless, diving head first into the kinds of scenes and situations that give the audience a serious case of second-hand embarrassment for the character, but the madness of the character is tempered by Cody and Reitman, who make Young Adult a film that understands the difference between sympathy and empathy. This is a film that knows that you can feel sorry for the protagonist who has nothing but the glossy sheen of the image that she’s desperate to project and that, on some level, even she knows that people see through, but that you don’t have to sink down into the dirt with her and find excuses for her behavior. We don’t root for Mavis and the film doesn’t want us to; that would in fact be a betrayal of everything this story is about. This is a portrait of youthful promise fallen into decay, addressed in a way that is very direct but also very funny. There are a lot of films that strike a chord when you see them, only to fade away as the years go on, but Young Adult is the kind of film that sticks with you, growing in estimation the longer you sit with it, and the more often you see it. It’s a classic.
Posted by Norma Desmond at 8:00 AM