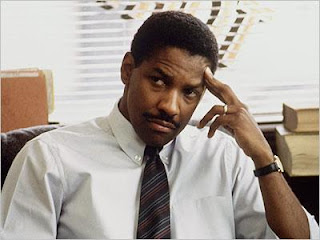 #5: Philadelphia
Tom Hanks won the Oscar, but Washington's performance is just as vital to Philadelphia. Playing a homophobic lawyer who takes on a wrongful dismissal case for the money, but slowly comes to see his AIDS striken client as a human being, Washington expertly guides his character through what could be a rote transformation, and makes it something deeper and more profound. 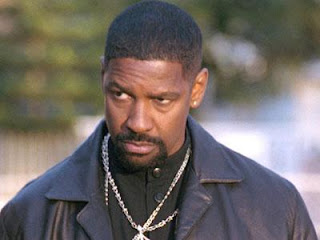 #4: Training Day
Training Day sometimes gets written off as a film, and performance, that got swept into the Oscar conversation on the strength of Washington's past performances and the feeling that he had been robbed of a Best Actor Oscar on two previous occasions. The truth, however, is that this is a fascinating, well-crafted, and often terrifyingly effective performance. 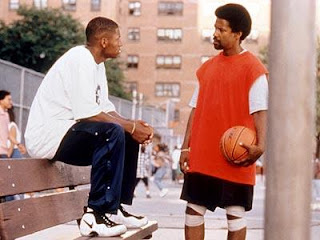 #3: He Got Game
Washington's collaborations with Spike Lee have been fruitful, to say the least, providing the actor with some of his richest characters. In He Got Game Washington plays a man who has the opportunity to get out of prison provided that he can convince his son, a high school basketball star, to sign on to play for a certain college. Washington gives a brilliantly restrained performance. 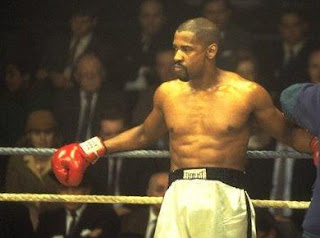 #2: The Hurricane
Playing a character based on a real person can be a tricky proposition, particularly when a film's depiction of that person and their situation is as controversial as it turned out to be for The Hurricane. Regardless of those criticisms, however, Washington's performance is magnificent and he carries the film on his shoulders. 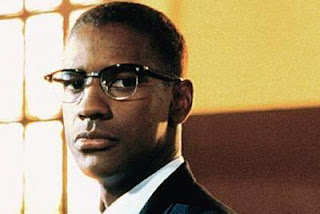 #1: Malcolm X
Another character based on a real person, and another collaboration with Spike Lee. Washington's performance as the civil rights leader is positively electrifying and about as close to flawless as a performance gets. Without question it is Washington's best screen performance.
Posted by Norma Desmond at 8:00 AM