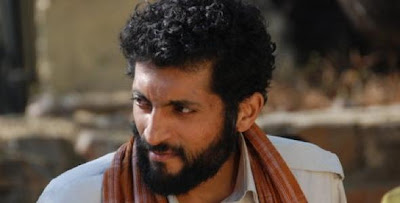 Richie Mehta’s Amal is the story of a good man who wants nothing more than to be a good man. It is also a story of greed and despair, of the way that money has the power not only to insulate us from hardship, but also to isolate us from other human beings. It is beautiful in a simple way and moving not because of what is lost, but because it makes us understand the value of what is ultimately gained.

An old man in rags wanders through the streets of Dehli. We later learn that this is G.K. Jayaram (Naseeruddin Shah), an eccentric millionaire who wants to find proof of goodness in the world before he dies. In his travels he meets Amal (Rupinder Nagra), an auto rickshaw driver who treats him with kindness and respect, even in the face of abuse. The old man throws a tantrum and refuses to pay the full fare, which Amal quietly accepts, perhaps because he believes he’s more fortunate than his passenger and can therefore afford to sacrifice the few rupees the old man is withholding. Shortly after their encounter, the old man dies but not before making a new will which leaves his fortune to Amal. This has the makings of a fairytale, but the plot then twists itself in the O. Henry style.

Jayaram has two sons, one of whom, Vivek (Vik Sahay), owes considerable gambling debts to the local crime lord, known as The Godfather. He is shocked to learn that there is a new will, the contents of which are to remain secret for 30 days – the time allotted for the estate lawyer (Seema Biswas) and the executor to find Amal. If Amal cannot be located to sign papers within 30 days, the previous will goes back into effect and the fortune will be divided between the brothers. The executor of the estate is Suresh (Roshan Seth), Jayaram’s former business partner. Suresh, devastated at having been left out of the will of the man he thought of as a brother, drunkenly reveals the contents of the new will to Vivek, who talks him into making a deal. All Suresh has to do is not find Amal and Vivek will pay him a portion of his inheritance once the old will comes back into effect. This would be an easy enough thing to get away with, given that all Jayaram knew about Amal was his name and the name of his father, making this a needle in a haystack situation, but something compels Suresh to continue looking for Amal even after he accepts Vivek’s deal.

While these upper class machinations are taking place, Amal has his own troubles. There is a woman whom he drives regularly, Pooja Seth (Koel Purie), whose purse is stolen as they’re stuck in traffic. Amal takes chase and the little girl who took the purse is hit by a car and severely injured. She has no family and no money to pay for the costly operation necessary to save her life. Amal feels guilty and tries to raise the money himself, but all he has that is of any value is the auto rickshaw, the pride of his late father. From this point the plot alternates between playing into and against convention, resulting in an ending for which the term “bittersweet” doesn’t seem quite weighty enough.

Much of the story is concerned with the pursuit of money and how it gets spent. Vivek, already deeply in debt, spends most of the 30 day waiting period at gambling tables, losing even more. Pooja is an aggressive business woman who hoards her profits for a dowry, though she later confesses to Amal that she doubts she would ever spend it. For most of the characters, money only inspires the desire for more money, though there are exceptions. The doctor caring for the little girl, for example, offers to waive his fee and the hospital fees, though he can’t waive the cost of medicine and medical supplies; and of course there is Amal, who puts the needs of everyone else before himself. On paper the character of Amal is too good to be true. He’s so noble and so virtuous, but Nagra’s performance really grounds him and makes him believable. He imbues Amal with such quiet dignity, such simple, natural kindness, that he becomes so much more than what the story alone would allow him to be.

I’ve seen this film compared in a number of places to Slumdog Millionaire and though I think that the two have some thematic similarities, they’re ultimately as different as night and day. Amal is much quieter and slower than the glossy, high energy Slumdog, a fact which may draw some people towards it and drive others away. Amal is a film that was on my radar for a while, but that I kept putting off seeing – I wish I’d seen it sooner, because it’s a great movie.