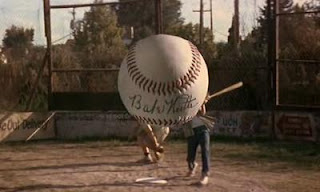 #5: The Sandlot
There’s no shortage of movies about kids playing baseball, but The Sandlot is one of the best. Nostalgic but never saccharine, The Sandlot is a sweet little movie about how everything seems bigger/scarier/more important when you’re a kid. 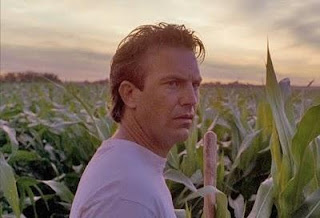 #4: Field of Dreams
Field of Dreams is probably the movie most people think of when they think of baseball movies. Ultimately a film about family – specifically fathers and son – more than anything, this is a deeply resonant and moving film. 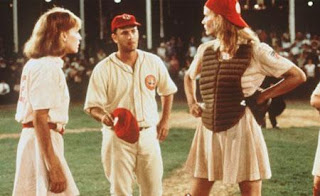 #3: A League of Their Own
There’s no crying in baseball! This ensemble film – anchored by a terrific performance by Geena Davis – about the All-American Girls Professional Baseball League has a great deal to recommend it, particularly in terms of its performances. Even Madonna equips herself well here! 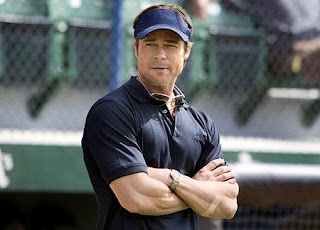 #2: Moneyball
A sports movie for people who don’t necessarily like sports movies (and, of course, for those who do). Brad Pitt’s performance as Oakland A’s GM Billy Beane was rightly lauded and Jonah Hill turns in a revelatory supporting performance as the protégé who uses statistics to turn the game on its head. 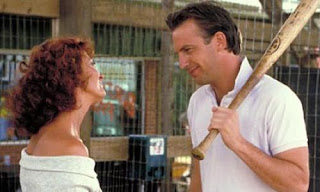 #1: Bull Durham
Ron Shelton’s Bull Durham, a tale of minor league baseball players and the women who love them, is where the sports movie and the romantic comedy meet – with great results. The film features Tim Robbins in his breakout role, and fantastic performances from Kevin Costner and Susan Sarandon.
Posted by Norma Desmond at 8:00 AM