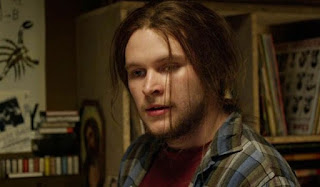 #10: Jack Reynor, Sing Street
As the older brother who knows everything worth knowing but who has descended into a rut he can't extricate himself from, Jack Reynor steals the show in Sing Street. Gifted with a great monologue towards the end, Reynor rises to the occasion and provides the film with fire and vitality, so much so that the spiritual victory of the finale, which sees the protagonist and his love interest ride off into the sunset, feels like it belongs more to Reynor's character than to anyone else. 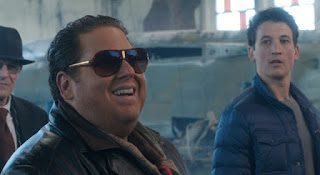 #9: Jonah Hill, War Dogs
Somewhere along the way, Jonah Hill has built himself up to be quite the adept character actor. Efraim Diveroli could easily be nothing more than a bundle of strange affectations, but Hill digs deep in his depiction and delivers much more than the film itself actually deserves. In his hands Efraim isn't just a slick conman, but a sociopathic chameleon who can be whatever he needs to be to appeal to whomever he's interacting with and who can turn on a dime from being a friend to being a deadly enemy when he thinks he's been slighted. It's a fascinating performance. 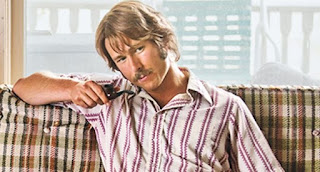 #8: Glen Powell, Everybody Wants Some!!
Everybody Wants Some!! is a laid back comedy about a bunch of dudes acting like dudes. Though Glen Powell's Finn isn't the protagonist, Powell's performance makes him the standout among the cast. As the de facto leader of the group, Powell doles out small bits of wisdom and enjoys the spoils of being a young athlete because he knows that this time is fleeting. Powell's is an extremely relaxed performance, making Finn seem like a guy who knows how lucky he is and is going to make the most of it, but that perfectly suits the movie. 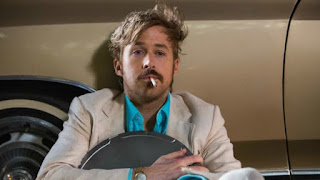 #7: Ryan Gosling, The Nice Guys
One of the best comedic performances of the year, hands down. It's also one of the trickiest, so broad that at times it almost goes too far, yet never quite crosses that line between funny and trying too hard to be funny. This is the most ridiculous performance Gosling has ever given and I mean that in the best possible way, and even as he's going for broke he's still able to do it while creating a genuine character with layers and depth. 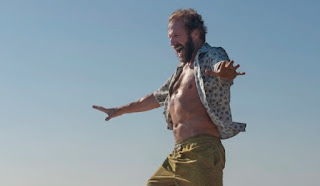 #6: Ralph Fiennes, A Bigger Splash
From the moment he steps on screen in A Bigger Splash, Ralph Fiennes dominates the film. As the guy who spends every minute of every day "on," playing the role of bon vivant and so accustomed to pushing boundaries that he no longer recognizes that such things exist, his determination to have a good time, all the time, ultimately seeming to exhaust even himself, Fiennes gives his all. Delivering a performance that is loose and wild and yet built on a solid foundation of character, Fiennes is magnificent. 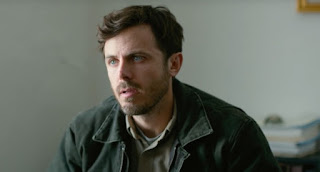 #5: Casey Affleck, Manchester By the Sea
Casey Affleck's performance in Manchester By the Sea may well turn out to be a career best. As a man called upon to pick up the slack after the death of his brother, but who is so haunted by the events of his past that he can't bring himself to take on the task that's required of him, his performance is one of quiet torment. He's a broken man capable of little more than putting one foot in front of the other, making it from the beginning of the day to the end, and though he's trying to be more, he ultimately believes that he can't be. It's not a showy performance, but it's a great one. 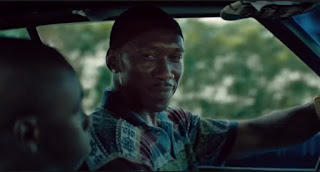 #4: Mahershala Ali, Moonlight
Mahershala Ali's character only appears in the first section of Moonlight, but his presence looms large over the film as a whole. As the man who takes the main character under his wing and tries to teach him how to be his own man, but who is forced to concede his own shortcomings in a moment that leaves him devastated, Ali is both the father figure the protagonist so desperately needs and a person who is helping to make his life so deeply unbearable. Ali's gentle, nuanced performance provides the opening stretch of the film with a warmth you wouldn't expect, his character acting as the stabilizing force in the life of a young man who so desperately needs something to hold on to, his absence leaving behind a void that can never be filled. 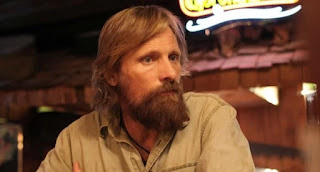 #3: Viggo Mortensen, Captain Fantastic
In Captain Fantastic Viggo Mortensen plays a man who is wrong even when he's right and right even when he's wrong. When he argues that the world is too corrupted by greed and the pursuit of attaining things, he's not wrong. When he's questioned about his parenting and points out that his children are smart and capable, skilled in ways that most children (and adults) are not, he's not wrong. It's just that he's such a smug dick about it. It's also that, despite the fact that his entire lifestyle is supposedly built to help his children to grow up to be able to take care of themselves, he doesn't want them to actually think independently or choose a different way of life. At once a man of noble ideals and something akin to a cult leader, Mortensen plays his character in shades of gray, hero and villain in equal measure. 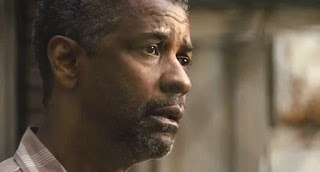 #2: Denzel Washington, Fences
The character played by Denzel Washington in Fences is a man who believes that he's been robbed of having more than what he has. As he grapples with the realization that there's more behind him than in front and that he hasn't lived the life that he wanted, he tries to get just a little bit more for himself and in the process sows the seeds for his own destruction. Late in the film there's a tragedy that leads to a moment when he finally realizes himself for what he is - an old man, tired, full of regret, facing the consequences of his pathetic attempt to recapture his youth. It's a moment that Washington plays (and, as director, captures) entirely without vanity, the character standing in his underwear, as literally stripped as he is emotionally stripped, and it's so powerful that it garners your sympathy even though the character's behavior in the last several scenes should make that impossible. Washington is one of the finest actors working today and this is one of his best performances. 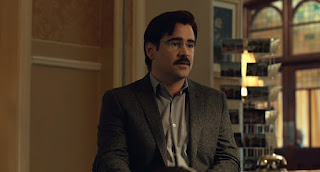 #1: Colin Farrell, The Lobster
Colin Farrel's deadpan portrayal of a sad man who will be turned into a lobster unless he can find a mate within a certain time limit is alternately funny and devastating. The lengths that he goes to in order to successfully couple up, and then the lengths that he goes to in order to maintain a connection once he finds one, is played entirely straight even as the situation gets increasingly absurd, yet that absurdity is tempered by the emotional underpinning that Farrell provides for the film. It's the kind of performance that is so perfect that you genuinely cannot imagine another actor portraying the character.
Posted by Norma Desmond at 8:00 AM

I've only seen 3 of these, so far, with Denzel's work in Fences being my favorite. Nice to see Jack Reynor getting some love. He was very good in Sing Street. The other performance I saw was Powell's. He was good, but I didn't care for the movie as a whole.

I wasn't all that keen on Everybody Wants Some!! myself, but Powell was great in it.